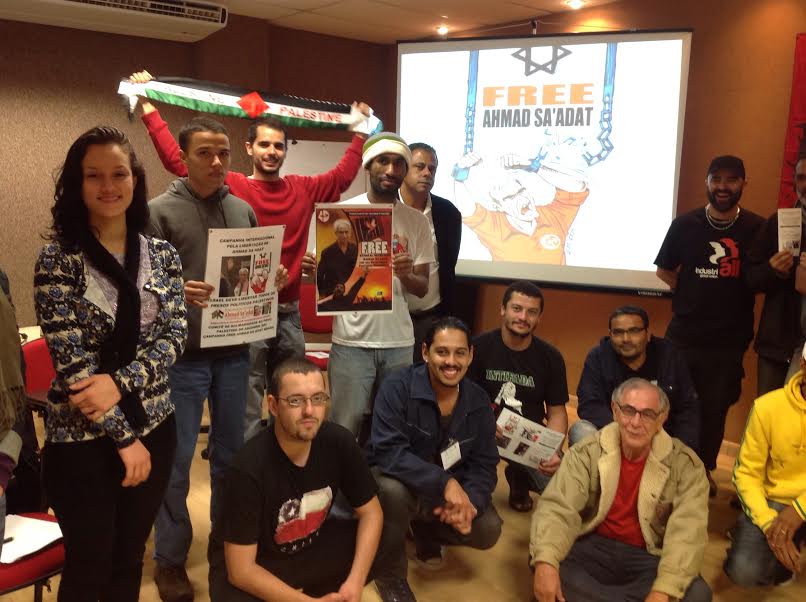 At a labor meeting named in honor of Carlos Marighella in Brazil on July 12, members of various organizations of the labor movement and the popular movement declared support for the struggle of the Palestinian people for justice, freedom and independence.

The participants condemned the Israeli attacks which resulted in the killing of hundreds of Palestinians and decided to escalate their work and struggle in solidarity with Palestinian prisoners, in particular demanding the freedom of the Secretary General of the Popular Front for the Liberation of Palestine (PFLP), Ahmad Sa’adat.

The Brazilian Campaign to Free Ahmad Sa’adat also joined the mass protest for Palestine on July 19, where they distributed this leaflet. (Download PDF).