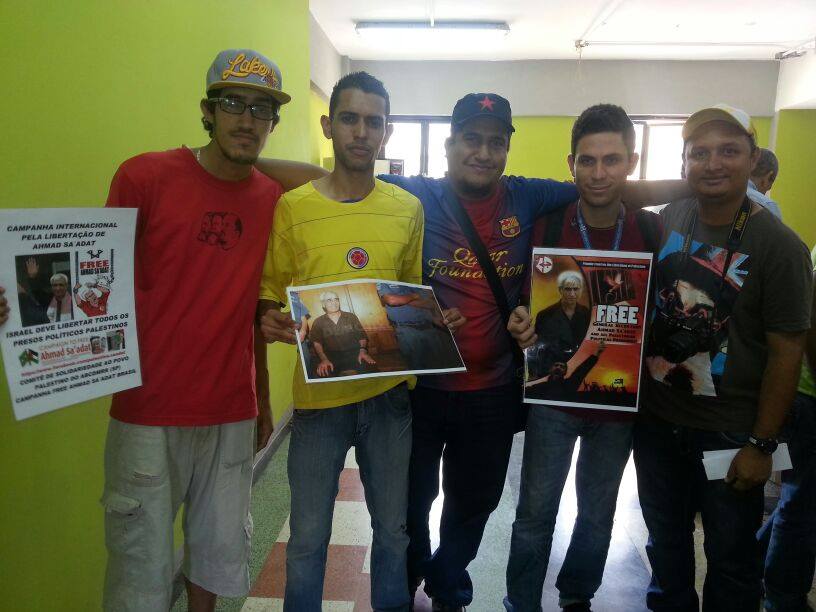 Members of the Campaign to Free Ahmad Sa’adat – Brazil met with organizers and activists with social movements in Venezuela, during a visit to Venezuela in June 2014.

In addition to learning about the Bolivarian Revolution, the Campaign discussed the case of  Ahmad Sa’adat and the Palestinian people’s struggle for liberation of all political prisoners who are in Israeli prisons with Bolivarian activists, socialists and communists in Venezuela. “The Bolivarian revolution says, FREE AHMAD SA’ADAT!” reported the Brazilian campaign!