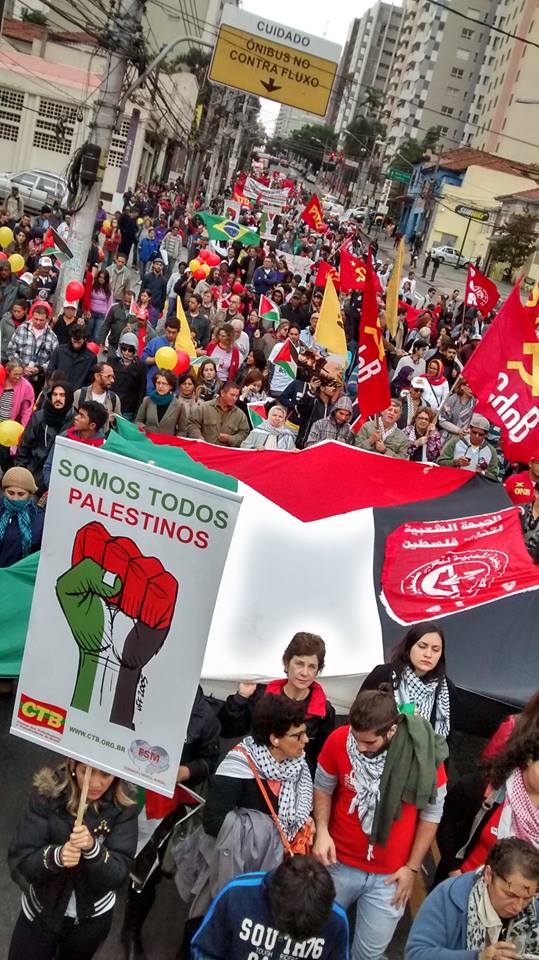 The Brazilian Campaign to Free Ahmad Sa’adat participated in a forum, called “Free Palestine,” at the Florestan Fernandes National School on July 25. Marcelo Buzetto, an activist with the MST (Landless Workers’ Movement), a professor at ENFF, and an organizer of the Brazilian Campaign was a speaker at the forum, which was joined by social movement activists working with movements in Brazil and throughout Latin America.

The Campaign also participated in the mass demonstration in support of Palestine and against the massacres in Gaza in Sao Paolo, Brazil, on July 27, carrying signs and banners in support of Ahmad Sa’adat and Palestinian political prisoners.