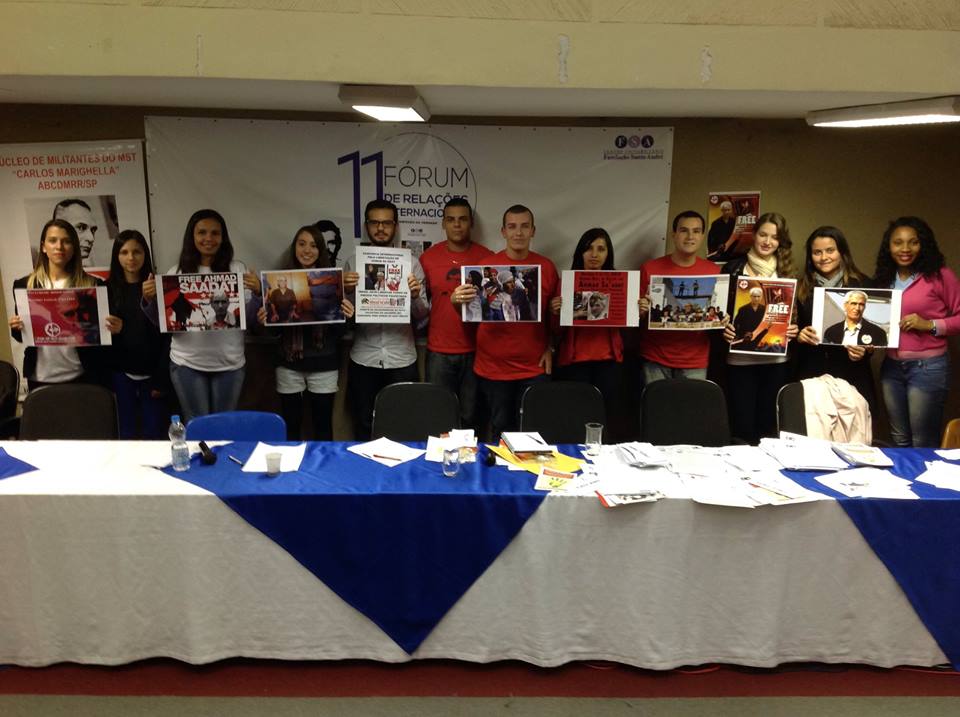 The Brazilian Campaign to Free Ahmad Sa’adat in ABC Region/São Paulo, Brazil organized a series of events for the 11th Forum of International Relations hosted by the Santo André University Foundation between May 26-31, calling for the liberation of Ahmad Sa’adat and all Palestinian prisoners.

The Committee of Solidarity with the Palestinian People and the Campaign to Free Ahmad Sa’adat distributed leaflets and discussed the situation of Ahmad Sa’adat and Palestinian prisoners with students and members of social movements attending the forum.

They organized a film series, “International Humanitarian Law and the Palestinian Resistance,” including four film screenings: Palestine – History of a Land; The History of Zionism in Palestine; Promise of a new world; and Budrus. They also worked together with Colombian and Colombia solidarity activists to host an event on the experience of the Patriotic March in Colombia.

The series, which focused on Palestinian history and the legitimacy of struggle for justice and national liberation, was organized by the Núcleo de Estudos Latino-Americanos (NELAM) as well as the Committee in Solidarity with the Palestiian People – ABC Region São Paulo, Brazil and the Campaign to Free Ahmad Sa’adat – Brazil.