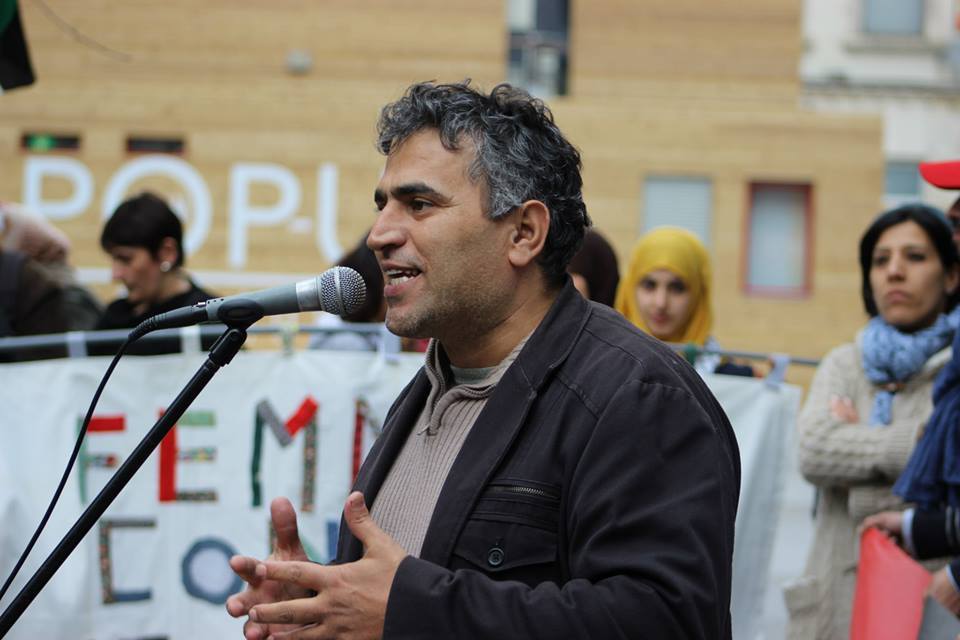 The following article was originally published on the PFLP Arabic language website on May 18, 2014:

“If we fail to defend our cause, then we should change the defenders, not the cause.” – Ghassan Kanafani

We all know that those who monopolize the Palestine Liberation Organization deal with this most important Palestinian institution, the PLO, as if it were a private farm of the “President,” Abu Mazen, and thus what is required is loyalty and obedience to him, the owner. This is a fact that cannot be denied. We do not say anything new when we note that the Palestinian arena is not an exception, nor is it far from the reality of the Arab regimes governed by the leader, the king or the prince, considering the king to embody the people and the nation, or from the logic of King Louis XIV, who declared in 1655, “L’etat, c’est moi!” [I am the state!]

This is exactly the case of Mahmoud Abbas, the chairman of the Executive Committee of the Palestine Liberation Organization, and the substance of the relationship between him and the Palestinian political system, governed today by the logic of Louis XIV. The Palestine Liberation Organization is in a state of clinical death, transformed from the Organization for liberation and return, founded by refugees, impoverished people, the popular classes, revolutionaries and intellectuals, into an Organization to cover up its failures, the failures of official Arab regimes and to provide cover for the so-called “peace process” and negotiations with the occupation under US imperial auspices.

This was not the vision of the Fedayeen [the early Palestinian revolutionary fighters] when they re-established the Organization in 1968; it was intended to be a voice for the Palestinian people, not a burden on their backs. It was intended to be a broad national front, to be “our house” [beituna] – a house for the people, and not for those who live in the palace. The “leader” of this Palestinian institution today considers it to be his personal farm, which he inherited and deserves, and the rest of the members, forces, factions and organizations – and, in fact, the masses of the Palestinian people – as slaves or servants for his interests, who have no voice in leadership and are excluded from decision-making.

The overall state of exclusion of the Palestinian masses is public, and known to all. What else we know: that the leadership of the Organization no longer has moral, popular, legal or other legitimacy, and when we say that, its defenders rise up to defend “legitimacy,” when in fact they are defending their own petty interests. There is no “legitimacy” for such leadership. When Palestinians consider the PLO to be a historic achievement, they refer to their achievement – because this Organization and national liberation movement was not created by “the President,” but was created by the Fedayeen, the guerillas, the poor, the martyrs, the refugees, the prisoners. It was created by the collective will of our people, and not by a movement, or organization, or party.

The condition of the Palestine Liberation Organization does not meet the needs or aspirations of the Palestinian people, because it has been emptied of its content: its essence, the meaning of its name, and its national charter, and nothing is left but its logo. Worst of all, the Palestinian Authority, established by the PLO to be its “arm,” today sets the policies of the Organization, simply because it is an authority whose legitimacy stems from “Israel” and the U.S. – not to mention its funding. It is as if this arm has swallowed the organizational body!

In other words, the PA, which is comprised of the executive and security apparatuses, has dominated the PLO, in the same way that the security apparatuses in the Arab “states” are the true rulers of those countries: setting internal and external policies, foreign policy, and educational curricula. All these are determined by the generals, and their cohorts in expensive suits that set policy, i.e. “the regime.”

Today, we see the fading away of the small Palestinian factions who accepted the reality of the PLO in exchange for monthly allocations, and thus accepted the logic of the slave master and did not seek to change the reality. In fact, they do not wish to change this reality because this relationship maintains their political existence and their monthly allowance.

With the exception of the Popular Front for the Liberation of Palestine, there is no Palestinian faction of the PLO which dares to tell the truth and to address the injustice of the policies of the Palestinian hegemonic leadership of the Organization. Otherwise, how do we understand the position of Mr. Yasser Abed Rabbo, the Secretary of the Executive Committee, the orchestrator of the so-called “Geneva Initiative” based on selling out the right of return, more important in the PLO than the voice of Palestinian refugees and the leadership of the prisoners’ movement – respected national leaders like Ahmad Sa’adat, Marwan Barghouthi or Abbas Sayyed? While the real leaders, as the Palestinian people refer to them, have no say, but are imprisoned, assassinated, or isolated.

This leadership has destroyed the goals of the PLO, and its popular institutions. It erased the role of the Palestine National Council (PNC), destroyed popular federations and unions (from the General Union of Palestinian Students, to the General Union of Palestinian Workers, to the General Union of Palestinian Women), and transformed Palestinian freedom fighters into policemen. This process did not begin with the leadership of Mahmoud Abbas, but in fact it began decades ago, beginning with the adoption of the slogan of “statehood” and its substitution for the goal of liberation. The Oslo accord (“Declaration of Principles”), signed in 1993, and what has followed since has been a result of this process, and not the cause. It was the pact between the PLO leadership and the Palestinian capitalists under the slogan of “independent Palestine statehood” – without national and social liberation – that has brought us to where we are today – without independence, self-determination, or liberation.

Therefore, what is needed now is the re-establishment, once more – as in 1964, and then again in 1968 – of a Palestinian unified national liberation front – whether it is called the Palestine Liberation Organization or something else – that unifies Palestinians once more to achieve their national goals: the return of the refugees and the liberation of Palestine.