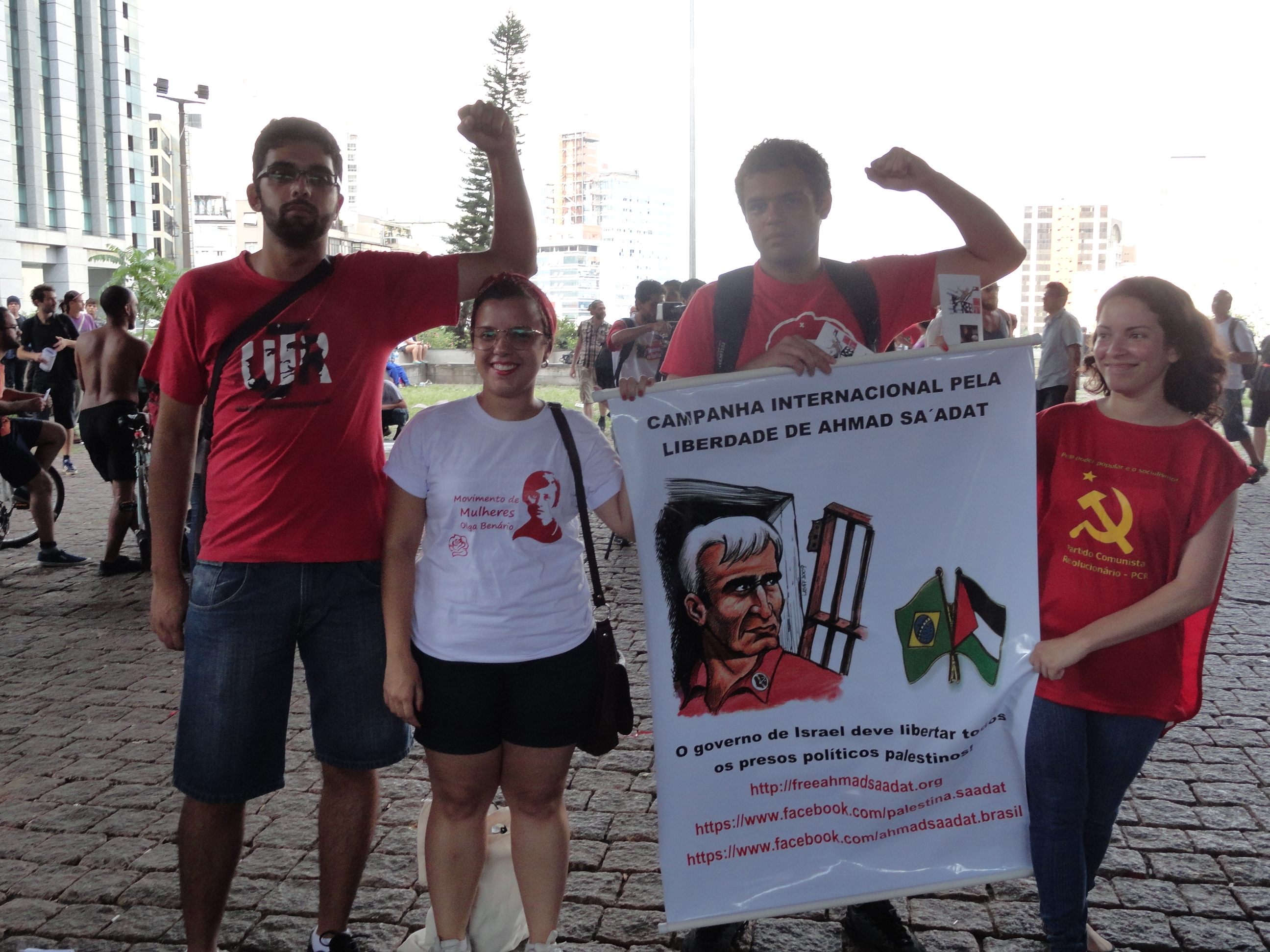 On January 25, members of the Campaign Free Ahmad Sa’adat Brazil participated in the mass demonstration against the World Cup in the city of São Paulo.

5000 people marched against the governments and the companies that are sponsoring the World Cup.  Governments spend billions to host the World Cup, while the Brazilian people are still homeless, landless, without health care and quality education.  Police repression arrested more than a hundred young people. Military police fired rubber balls and tear gas manufactured in Israel.

Two police officers shot live bullets at a young worker who fled the repression, who was injured and taken to hospital. Several leaders of the popular movement, the black movement, leftist political parties, anarchists, communists stood together against the World Cup and for the release of Ahmad Sa’adat and all Palestinian political prisoners.