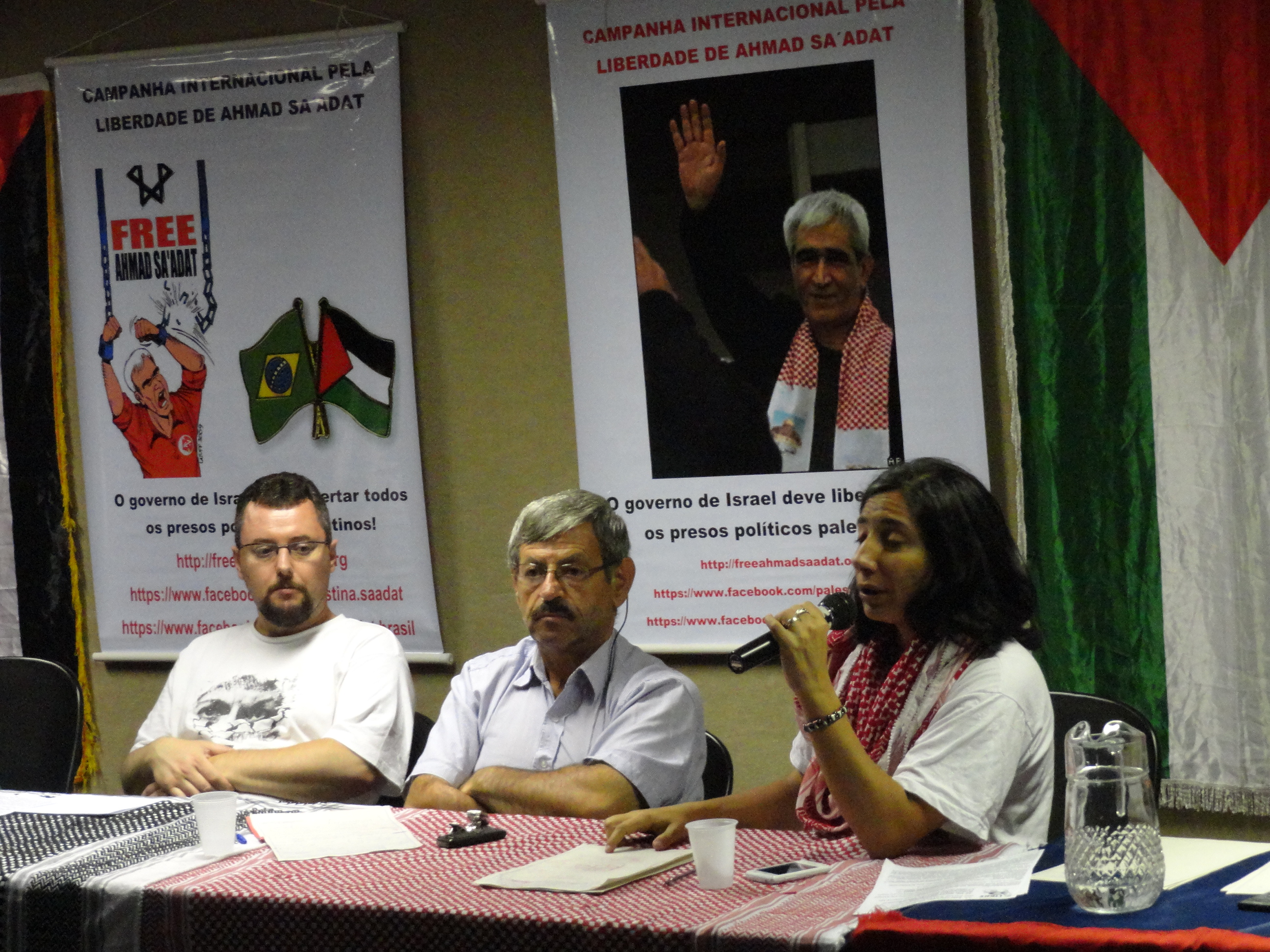 The Brazilian Campaign to Free Ahmad Sa’adat participated in two events marking the International Day of Solidarity with the Palestinian People on November 29 and 30.

On November 29, the Legislative Assembly of São Paolo state in Brazil held a solemn session honouring the International Day of Solidarity. The event was led by Adriano Diogo of the Workers Party, the president of the Human Rights Commission, and the Campaign participated alongside social movements, religious groups and Left parties, demanding the release of ahmad Sa’adat and all Palestinian political prisoners. 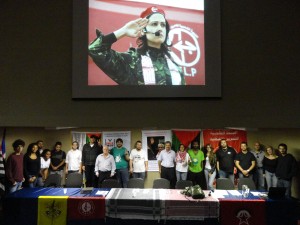 In Santo André, São Paolo, a Meeting of Solidarity with the Palestinian People of the Greater ABC (ABCDMRR) Region was held on November 30, 2013. This is a 7-city region of 2.8 million people and is one of the most industrialized regions of Brazil, with many unions and an important history of struggles of the working class.

Speakers at the event included Jadalla Safa, Palestinian activist with the Committee for a Democratic Palestine; Soraya Misleh, a Palestinian journalist with the Front for the defense of the Palestinian People; Marcello Buzetto, of the International Relations Section of the Landless Workers Movement (MST); and Pedro Paulo Bocca of the Popular Consulta/Ghassan Kanafani Brigade.

Participants included leaders of the Teachers Union of ABC, ABC Metalworkers’ Union, the Union of Workers of the Public Service of São Bernardo do Campo, Union of Commerce ABC, Youth Metallurgical ABC, Academic Board Honestino Guimaraes, the Landless Workers’ Movement (MST), Popular Consultation, Via Campesina, Coordination of Social Movements of ALBA, Committee for a Palestinian State Now, Front for the Defence of the Palestinian People, Committee for a Democratic Palestine and the Brazilian Campaign to Free Ahmad Sa’adat. Speakers addressed the situation in Palestine after 20 years of the Oslo Accords and made proposals for actions for the year 2014.