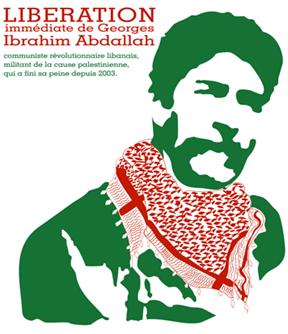 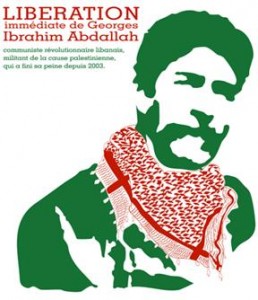 On September 27, 2011, 200 Palestinian prisoners, members of the Popular Front for the Liberation of Palestine, went on hunger strike to protest against their detention conditions and the policy of isolation of prisoners. PFLP General Secretary Ahmad Sa’adat is isolated in a cell and has not been permitted to see his family for 5 years. Other prisoners have been isolated for 10 years.

Today, thousands of Palestinian prisoners are on hunger strike and refuse even medicines. Solidarity demonstrations are planned in cities and camps throughout Syria, Lebanon and Palestine.

Georges Ibrahim Abdallah, the Lebanese Communist activist for the Palestinian people, today began a hunger strike in solidarity with Palestinian prisoners from his own jail cell in Lannemezan (Hautes-Pyrenees). After 27 years in prison in France for past acts of resistance against the Zionist occupaion, he continues his fight in custody for a Free Palestine, secular and democratic, throughout historic Palestine. He was joined in its solidarity strike by Basque and Corsican prisoners and “social” prisoners from the prison of Lannemezan.

Coup Pour Coup 31 is co-organizing a rally in Toulouse on October 22 to demand the release of Georges Ibrahim Abdallah in Toulouse and to stand in solidarity with Palestinian prisoners!

Freedom for all Palestinian prisoners!