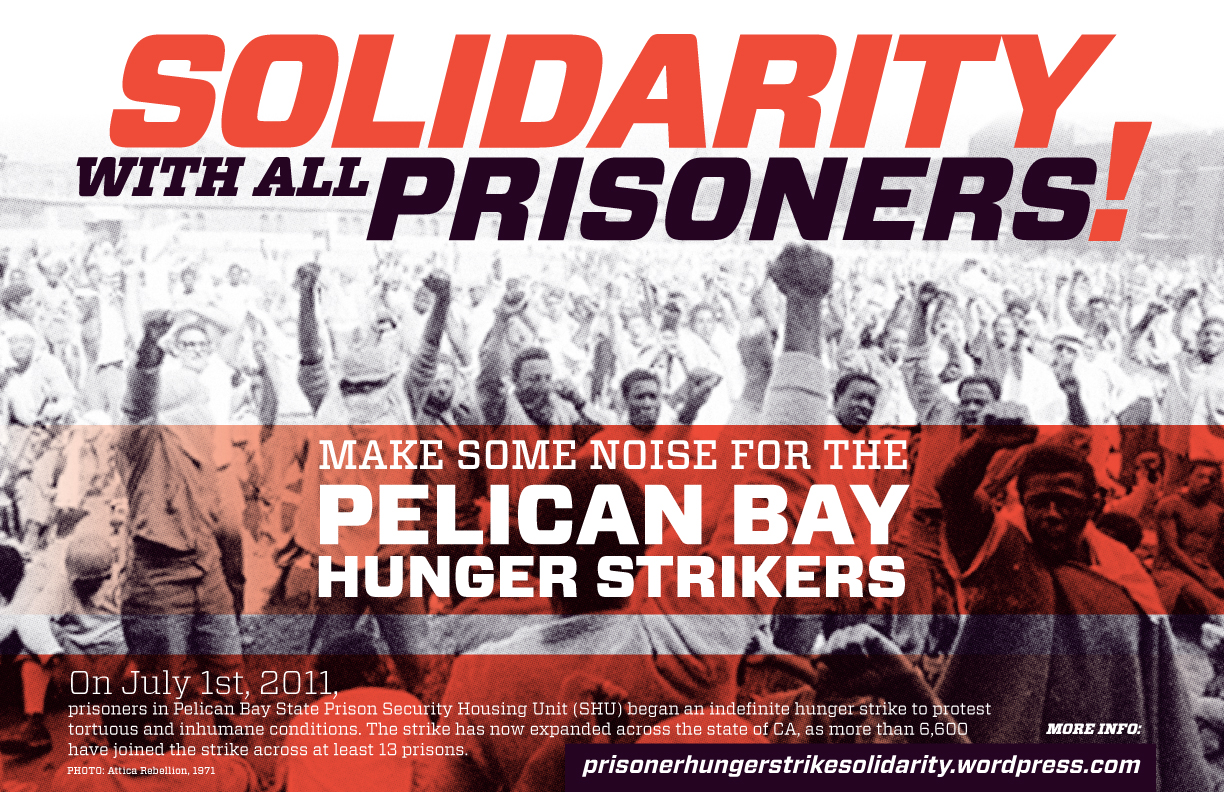 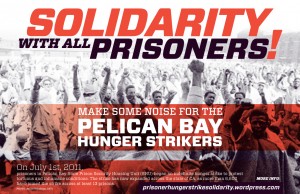 The Campaign to Free Ahmad Sa’adat expresses its deepest solidarity with the prisoners on hunger strike in Pelican Bay, California, the United States. These prisoners, inside the racist and brutal US prison system, have also stood together on hunger strike to demand an end to abuse and the use of isolation against prisoners, particularly long-term isolation, to demand proper food, and an end to torture and abuse. They ended their strike in July 2011 after receiving assurances that their demands would be met – however, this has not happened, and prisoners have in fact been punished and further repressed for participating in the strike. The prisoners in California have resumed their hunger strike on Monday, September 26, 2011.

Across the world, prisoners stand on hunger strike, demanding dignity and justice. The Campaign to Free Ahmad Sa’adat salutes the California hunger strikers, expresses our deepest solidarity, and joins in their demands for dignity and justice We also note the great leaders and great struggles that have emerged from the racist dungeons of U.S. prisons, from Attica to Soledad. The Campaign to Free Ahmad Sa’adat salutes the political prisoners in U.S. jails and the Guantanamo torture camp – and all jails in the world – including Mumia Abu-Jamal, Leonard Peltier, Ghassan Elashi, and hundreds more, and demands their freedom.