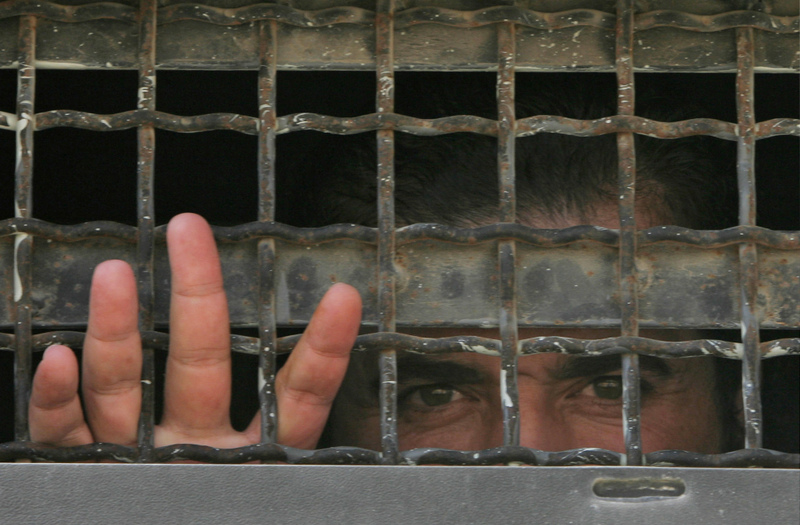 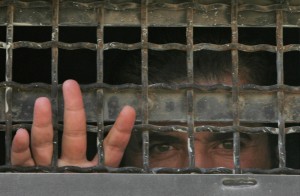 Palestinian prisoners in Israeli occupation prisons issued a statement on Sunday, September 25, 2011, stating that they plan to begin an open-ended hunger strike on September 27, 2011, demanding an end to the isolation of Ahmad Sa’adat, an end to isolation for all Palestinian political prisoners, and an end to the policies of repression and humiliation against visitors to the prisoners, including denial of family visits and visitors being stopped, searched and impeded at Israeli occupation checkpoints. The prisoners are also demanding an end to abuse and humiliation of prisoners while they are transferred from one prison to another.

The Campaign to Free Ahmad Sa’adat stands in solidarity with the Palestinian prisoners’ hunger strike and calls for people around the world to join their voices to the prisoners’ call for justice.

Ahmad Sa’adat, the imprisoned General Secretary of the Popular Front for the Liberation of Palestine and a Palestinian national leader, has been imprisoned by Israeli occupation forces since his kidnapping in March 13, 2006. He was abducted in a violent Israeli military raid from a Palestinian Authority prison where he had been unjustly held without charge or trial for over four years under U.S. and British guard. He has been in isolation for over two years following his calls for resistance to the Israeli assault on Gaza in winter 2009. (Learn more about Ahmad Sa’adat here.)

“We, the comrades of the Popular Front for the Liberation of Palestine in the Zionist prisons and detention centers, declare to the steadfast, struggling brave masses of the Palestinian people and to all free people in the world:

We announce that we will begin an open-ended hunger strike on Tuesday morning, September 27, 2011, in response to the official policies of the Zionist government and its fascist prison administration. We demand our rights and our dignity, as we struggle for the victory of our values and ideals.

Our goals for this hunger strike:

1. End the solitary confinement and isolation of our comrade, General Secretary of the Popular Front for the Liberation of Palestine, member of the Palestinian Legislative Council and the PLO Central Council, Ahmad Sa’adat, Abu Ghassan.

3. End the policy of systematic humiliation by the occupation army against the Palestinian people at checkpoints and crossings, particularly targeting visitors to prisons, and end the arbitrary denial of visits to the prisoners, especially the prisoners from the Gaza Strip. End the humiliation and abuse of prisoners during transfer.

The principles of our revolution include the rejection of all forms of injustice, and for us to struggle and confront the occupier in all areas and places in our own manner. Accordingly, we call upon all of the Palestinian and Arab people, political forces and institutions, human rights and civil society organizations, to raise their voices for us, so that we do not become easy prey for a vicious occupier. We promise to all of our people, and to the legacy of the martyrs of Palestine, that we will continue on our path until victory.

1. Picket, protest or call the Israeli embassy or consulate in your location and demand the immediate freedom of Ahmad Sa’adat and all Palestinian political prisoners.