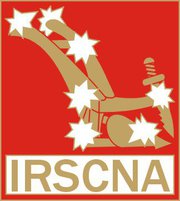 On 25 September 2011, the Popular Front for the Liberation of Palestine announced that prisoners belonging to it will begin an open-ended hunger strike on Tuesday, 27 September, in response to the oppressive policies of the Israeli government and its prison administration. They demand their rights and their dignity as they struggle for victory.

Their stated demands: An end the solitary confinement and isolation of PFLP General Secretary Ahmad Sa’adat, an end the policy of isolation for all prisoners, an end the policy of systematic humiliation by the occupation army against the Palestinian people at checkpoints and crossings (particularly targeting visitors to prisons), an end to the arbitrary denial of visits to the prisoners (especially the prisoners from the Gaza Strip), and an end to the humiliation and abuse of prisoners during transfer.

This year marks the 30th anniversary of the deaths of ten Irish prisoners belonging to the Provisional Irish Republican Army and the Irish National Liberation Army (the latter a section of the IRSM) on hunger strike for their rights as prisoners of war within British occupation prisons.

As fellow revolutionaries in the struggle for socialism and against imperialism, we send our full support to the PFLP prisoners as they embark on this hunger strike. Our strength is your strength as you commence your hunger strike, and your victory will also be our victory. As Che Guevara once said: “We cannot be indifferent to what happens anywhere in the world, because a victory by any country over imperialism is our victory, just as any country’s defeat is a defeat for all of us.”

We also call on the International Committee of the Red Cross and other human rights organizations to exercise their responsibilities and act swiftly to demand that Israel ensures that Ahmad Sa’adat and all Palestinian prisoners are freed from punitive isolation.