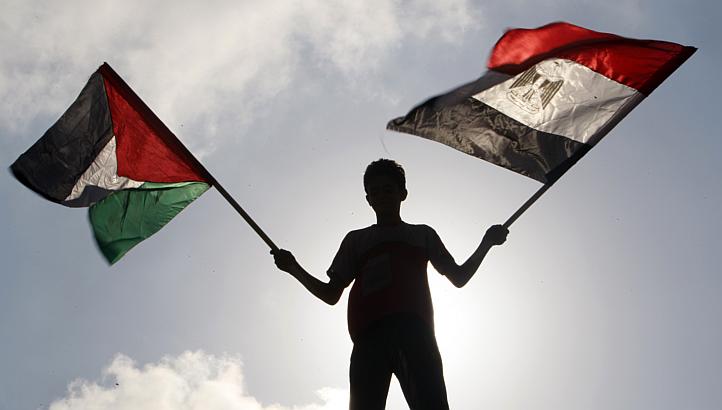 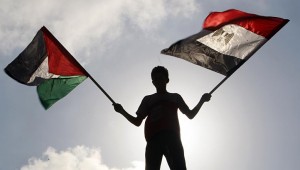 Ahmad Sa’adat, the imprisoned Palestinian national leader, Palestinian Legislative Council member and General Secretary of the Popular Front for the Liberation of Palestine, released a message saluting the Egyptian revolution and its achievements, and the triumph of the Egyptian people over the corrupt Egyptian regime.

Sa’adat issued the message through an attorney from the Palestinian Prisoners’ Club, who visited him on February 20, 2011. Sa’adat is currently in isolation in Nafha prison and has little opportunity to communicate with the outside world, and is often denied access to books and media as well as access to other prisoners and family visits.
He was eager to express his celebration of the Egyptian revolution, said the Prisoners Club. Sa’adat said that the Egyptian revolution is a triumph of the determination and will of the Egyptian people, particularly the youth and popular classes, and that this national democratic movement has begun with toppling the regime, on the path to liquidating all of the institutions and pockets of control of the old regime, which formed the mainstay of tyranny and corruption, and building a modern democracy over its ruins.
Sa’adat said in his message that the most important achievement of this revolution will be building a civil state based on the principles and values of freedom and democracy in its form and its content, social justice, drawing its legitimacy from fair and transparent democratic elections involving all currents of the Egyptian people. He emphasized the importance of mass popular participation in the new democratic Egypt in order to break the shackles of dependency in the economic and political system of imperialist globalization, and to restore Egypt to its role and status in cultural and political history as a leader and an incubator for the Arab liberation movement and a force to unify the Arab nation.
Sa’adat said further that it is natural that the victory of the people of Tunisia and Egypt have great implications for the liberation of the Arab people to overthrow all of the systems of corruption, tyranny and oppression, and that this victory will also have great and positive repercussions on our national cause. Sa’adat said that the Palestinian people now must overthrow division and occupation, and achieve national unity in order to rebuild the internal Palestinian house and in particular the Palestine Liberation Organization.