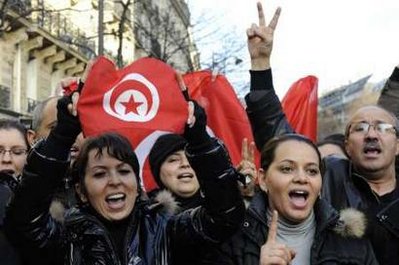 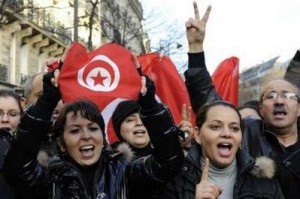 Ahmad Sa’adat, imprisoned Palestinian national leader, issued a message from his isolation cell on January 15, 2011, saluting the people of Tunisia and greeting their struggle and revolution. He congratulated all the political and social forces participating in the popular uprising against “a system of injustice, abuse and exploitation.” Sa’adat’s message stressed that the Tunisian popular revolution was the natural result of years of policies of marginalization and dictatorship, and the natural popular reaction to plunder and pillage of the Tunisian people’s resources at the hands of repressive, corrupt regimes that are agents of colonialism.

Sa’adat’s message said that the blood of the martyrs of Tunisia, popular involvement, the accumulation of experience of struggle, and the involvement of men and women, political parties and labor unions were the conditions that ensured the protection, survival and continuation of the uprising. He called for the protections of the achievements of the Tunisian people and the further development of community justice, democracy, and respect for the Tunisian people’s choices.

Sa’adat called upon all democratic political forces in Tunisia to come together to safeguard the achievements of the popular uprising of Tunisia and to achieve its just and legitimate demands.