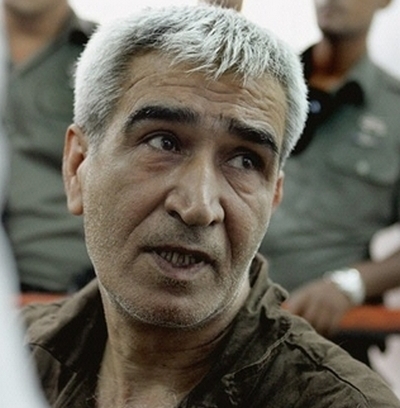 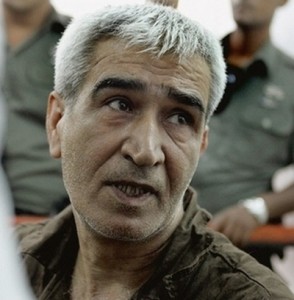 A statement by the Campaign to Free Ahmad Sa’adat

Today, January 15, 2011, marks the 9th anniversary of the crime committed by the Palestinian Authority in Ramallah – the abduction, on January 15, 2002, of Ahmad Sa’adat, the Palestinian national leader and General Secretary of the Popular Front for the Liberation of Palestine, at the hands of the Palestinian intelligence service, headed by Tawfiq Tirawi. The kidnapped leader Sa’adat and his comrades were then held by the Authority in a surrender to Zionist and American conditions, under the framework of strengthening security cooperation between the PA and the Israeli occupation forces. This shameful policy continues today to bring nothing but disgrace and humiliation.

Today, the campaign in solidarity with Ahmad Sa’adat renews its call for accountability and punishment of the perpetrators of this crime, and we stress our rejection of the systematic targeting of leaders and cadres of the resistance and reject the policy of “security cooperation.” We also reiterate that these crimes have no statute of limitation and shall not disappear into history, and that we will instead continue to call for accountability for all those who have harmed the people and the resistance and we call on all national and Islamic forces to isolate those responsible.

Furthermore, the campaign in solidarity with Ahmad Sa’adat once again registers its rejection of the policy of security cooperation with the enemy, and warns the Palestinian Authority against this persistent practice of sinking into the mud of the enemy, noting that it must be aware of the vast Palestinian public anger and rejection of the crime of targeting resistance. This policy is carried out under the pretext of “protecting the supreme interests of the Palestinian people,” and at times “upholding our commitment to signed agreements.”

At the same time, the enemy’s sword is on the necks of our people in the occupied West Bank, while the PA abducts hundreds of men, women and youth of the Palestinian resistance, academics, students, workers and members of the Legislative Council. Upon their release from PA prisons they are often again targeted immediately by Israeli forces now aware of their location, as in the murder of the elderly man Omar Qawasmeh in Al-Khalil by Israeli forces seeking to seize a member of the resistance who was released from PA prisons only days before. Israeli and PA prisons have become a revolving door to one another, while the occupation continues unabated.

The targeting of Sa’adat for arbitrary arrest and later imprisonment in Jericho Prison came squarely within the framework of security cooperation with the occupation, and we therefore reject the attempted justification that the resistance forces “could not protect its activists,” and thus they were imprisoned. This is a desperate excuse of those who are in power at the behest of agreements with the enemy – the disastrous Oslo accords – in an attempt to justify their great crime, but the Palestinian people in the homeland, in diaspora and exile see clearly how the policy of coordination between the occupation and Palestinian Authority security forces in Ramallah under American auspices threatens our people. Such excuses will not fool our people or our nation.

The justification of the security chiefs for security cooperation with the occupation is “the standard of human life in the occupied West Bank.” Meanwhile, every day, our people suffer from occupation, poverty and siege. It is the duty of leaders and true popular security to protect the Palestinian people and their land, resist the settlers, and champion the people and their resistance, as Ahmad Sa’adat himself said.

To our Palestinian masses!

Solidarity with Ahmad Sa’adat means solidarity with the prisoners’ movement and all prisoners in the hands of the enemy, which also means struggling to end political arrests and persecution, and sending a message to those who would undermine the cause and the rights of our people, to those who would chase down and imprison the resistance while carrying out the orders of American generals. We demand an end to this absurd security cooperation which leads to nothing but insecurity for our people, and we will not accept the ongoing offenses to the dignity of Palestinian citizens at the hands of other Palestinians who have become tools of the occupation. This policy is intended to break the will of our people and tarnish the image of the liberation struggle and our great humanitarian cause.

We call upon the masses of our people to participate in the broadest popular campaign of solidarity with the prisoners in Zionist jails, led by leader Ahmad Sa’adat, who is exposed to targeting, lack of health care – even as he suffers from pain in his back and neck – and isolation, where he remains away from his friends and brother prisoners, and prevented from his most basic natural rights, including family visits.

Freedom for the prisoners and shame on the Zionists and those who enable them!