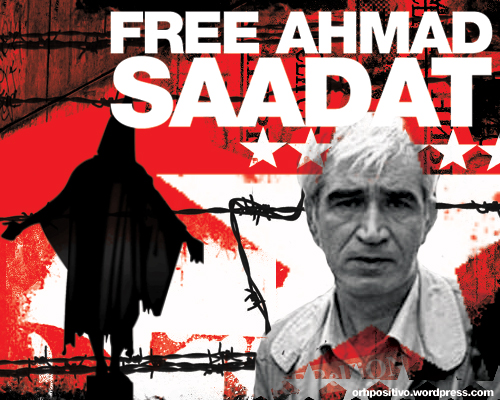 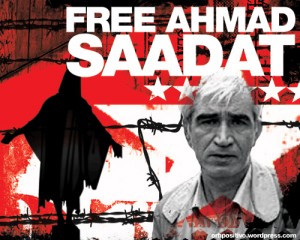 In yet another outrage and attack upon the humanity of Palestinian prisoners and the Palestinian people, Ahmad Sa’adat was sentenced to an additional six months in isolation inside Israeli prisons, an extension that will last until April 21, 2011. As actions and events took place throughout Palestine and around the world – in the United States, Canada, Denmark, New Zealand, Ireland, Greece, Turkey, Lebanon, Syria and elsewhere – in support of Sa’adat’s struggle to end isolation and hundreds of letters and petitions were delivered to prison officials from concerned human rights advocates around the world, the Israeli authorities have sentenced this Palestinian leader to another six months barred from human contact.

Sa’adat has been held in isolation for over 500 days, since March 19, 2009. He has been confined without access even to the other prisoners in the isolation unit and deprived of basic human rights. His personal books have been confiscated and he is routinely denied access to media and reading material in any language other than Hebrew. He has been denied family visits, including from his wife Abla, and his lawyers have several times been barred from visiting him. His recreation time has been limited repeatedly.

Isolation and prevention of human contact is widely understood by human rights advocates to be ill-treatment that amounts to torture and/or cruel, inhumane and degrading treatment, in violation of the Geneva Conventions. Ongoing and repeated isolation that will now stretch to over two years, justified by vague declarations of “security” needs, indicate that the Israeli regime is dedicated to attempting to isolate Sa’adat not only from his fellow prisoners, but to isolate and silence his voice among the Palestinian people.

Sa’adat’s ongoing isolation only serves to make clear time and again that the Israeli courts are merely an arm of the occupation, dedicated at all levels to maintaining the oppression of the Palestinian people and providing a “legal” pretext for ongoing brutality and human rights abuses.

Sa’adat, the General Secretary of the Popular Front for the Liberation of Palestine, has been held in Israeli jails since March 14, 2006, when he was abducted from Jericho prison, where he had been held in a Palestinian Authority prison under U.S. and British guard. While imprisoned in the PA jail in Jericho, he was elected to the Palestinian Legislative Council. He was sentenced to thirty years in prison on December 25, 2008 by an Israeli military court for his political activity, and has spent over 500 days in continually-renewed isolation at the present time.

The Campaign to Free Ahmad Sa’adat salutes the human rights and Palestine solidarity activists around the world who have rallied to struggle for Sa’adat and the approximately 7,000 prisoners held in the jails of the occupation. This work defeats the occupation’s plans – it refuses to allow the Palestinian prisoners, on a Palestinian, Arab or international level, to be isolated. The voices of Ahmad Sa’adat and the Palestinian prisoners will be heard, and no bars or isolation will prevent that.