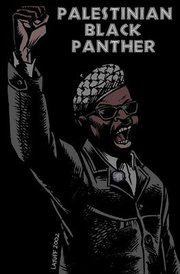 As part of the Global Days of Action for Ahmad Sa’adat and all Palestinian Political Prisoners, Columbia Students for Justice in Palestine presents a talk featuring:

Born in Puerto Rico and raised in New York City, Cisco is a Vietnam Veteran who fought for the grievances of Black and Latino soldiers upon his return to the states. A former Black Panther, he has been a community activist since his discharge from the military in 1969. He worked with troubled youth up to the day of his arrest. Freed on bail in September 2007, Cisco is the sole defendant to still face charges as part of the San Francisco 8, a group of Black Panthers arrested for their alleged involvement in the 1971 murder of Sgt. John V. Young.

Lamis Deek is a Palestinian organizer born in Nablus, Palestine and raised in New York. She is member and co-chair of Al-Awda New York. In her practice as a lawyer, she focuses primarily on criminal defense and FBI investigations. She has handled a number of political prisoner cases domestically and witnessed the trial of Ahmad Sa’adat in Palestine.

Michael Kennedy is currently a PhD student in the Department of Anthropology at Columbia University. His research explores the lived experiences of Palestinian political prisoners, focusing on alternative forms of visual and textual representation. He also serves as a photography instructor and Regional Coordinator for the Research Journalism Initiative, an educational media nonprofit that provides conceptual and technical training in media production to Palestinian journalism students.