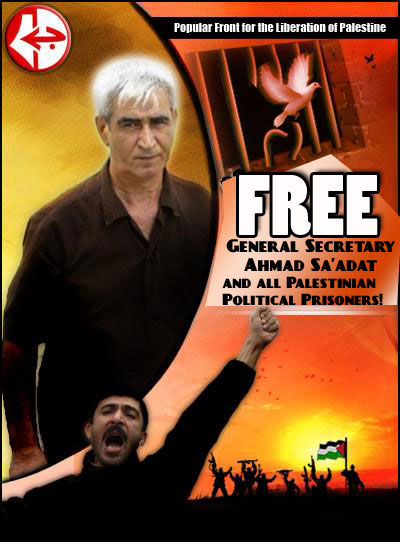 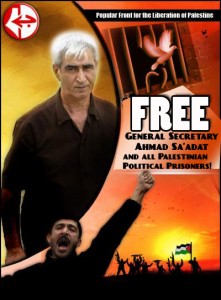 Ahmad Sa’adat, Secretary-general of the Popular Front for the Liberation of Palestine (PFLP), imprisoned by Israel, called for forming a unified leadership with the participation of all National, Islamic and Civic institutions in order to resume the internal talks between all factions and end the deadly clashes between Fateh and Hamas.

The statements of Sa’adat came on Sunday as lawyer of the Mandela Institute visited him along with another detainee identified as Mousa Doudin, both held in Hadarim Israeli prison.

Sa’adat stated that all factions must hold comprehensive talks for unity based on the choices of the Palestinian people far away from foreign interference, especially Israel and American.

Also, Sa’adat said that Fateh and Hamas must resort to logic and negotiations in resolving their differences instead of the bloody clashes and violent takeover of institutions in Gaza and the West Bank.

He added that declaring emergency law in Gaza, and the violent military acts cannot resolve the difference and cannot achieve a solution based on the unity of the people and all factions.

Both Sa’adat and Doudin stated that internal talks must resume and should be encouraged instead of the violent attacks in the Gaza Strip and the West Bank.

The detainees slammed the violent clashes in the Gaza Strip and considered these clashes as a real disaster.

The detainees also said that Israel is the only winner of these internal clashes, and added that all detainees are united regardless of their political background.

The detainees that Jaber managed to visit are Eman Abdul-Hamid from Surif, Nora Al Hashlamon from Hebron, Nada Dirbas from Jerusalem, Dua’ Maslama from Bethlehem, all are female detainees, and Ali Al Maslamani from Jerusalem, and Osama Barham from Tulkarem.