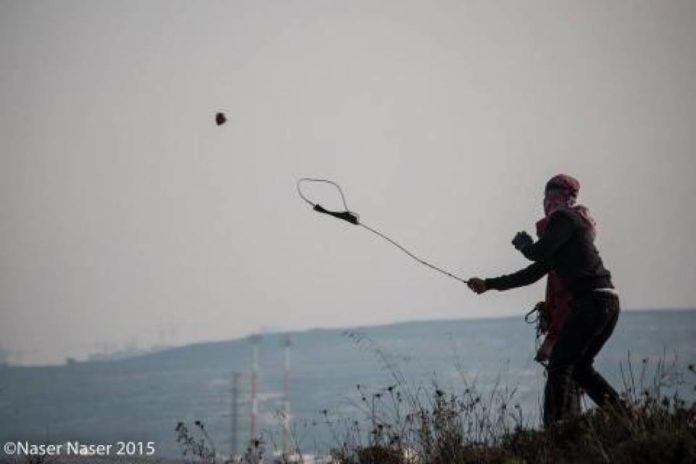 The following article was originally published in Arabic at Quds News.

The events and qualitative developments shaping the reality of the Arab cause, Palestine, and the Arab-Zionist struggle over the past three decades, specifically since the “Madrid Peace Conference” of October 1991, must compel us once more to take a scientific revolutionary approach to understanding internal Palestinian conflicts and understanding the essence and nature of these Palestinian internal contradictions.

Today, the contradictions in the Palestinian arena must be seen as an integral part of the conflict with the Zionist enemy rather than separate from it. These contradictions are at the heart of the existential struggle between the Palestinian people and the camp that stands with them on one hand, and the Zionist occupier and its camp on the other. The attempt of some to isolate and marginalize these issues as secondary contradictions have resulted in a continuous series of repeated failures to reach, in any true form, “national unity,” the “unification of the Palestinian house,” or the “rebuilding of the PLO,” all frequently-used terms and phrases that have no meaning if they are emptied of their content and substance.

Those intellectual supporters of the Palestinian Authority may intend to mislead people with traditional metaphors and old references that classify internal contradictions as secondary in order to downplay them, not in order to understand, deepen and reinforce unity on the field of struggle to confront the Zionist enemy and its plans to liquidate Palestinian rights. While we hear such positions regarding the primary and secondary contradictions, we do not see how these words reflect themselves in a militant role in the struggle or in political practice: i.e, where does the Palestinian Authority engage in that primary, central contradiction with the Zionist project? Instead, we witness a security and economic partnership between them.

The traditional intellectuals of the Authority and the Fateh movement are attempting to mislead the Palestinian public, presenting themselves as the most keen to achieve Palestinian interests and rights. They offer their understandings of internal contradictions as “differences with Hamas,” simple internal disputes, or they attribute the causes to “external interference” or “the Muslim Brotherhood.” They promote the delusion that these issues can be resolved by reference to “traditional values and methods,” such as reconciliation among Palestinian tribes, in an attempt to appeal to a nostalgic consciousness. And of course, all of this will happen under the auspices of Arab state intelligence agencies!

Therefore, they fail once more to reach “solutions to the Palestinian internal crisis,” and the “tribes” return to discussing the “importance of reconciliation,” while the forces of the Left blame the role of the two “great tribes” (Fateh and Hamas) and the whole story at best is framed toward the Palestinian right wing.

Today, the intensified conflict on the internal Palestinian level and the rise of tensions is also preceded or accompanied by an escalation in the struggle with the Zionist project and the high level of confrontation on the field of struggle. Unlike in the decades of the past, confrontation with the Zionists at this stage will not, in fact, provide improved national relations with the Fateh movement and Palestinian unity. The opposite is true. If the armed resistance carried out a successful operation or if one of its groups managed to target a Zionist official or achieved some other breakthrough or achievement, it will face the pursuit, punishment and prisons of the Palestinian Authority and its security apparatus. This is the project of the Palestinian bourgeoisie and the junta of the Palestinian comprador, which holds its alliance with the Zionist security institutions and those of the reactionary Arab regimes to be “sacred.”

The arguments regarding the primary and secondary contradictions in the arenas of the revolution have been correct at various times, i.e., when dialogue and disagreement between the poles of the national liberation movement, engaged as comrades in arms, involved national disputes over the most effective ways and mechanisms to defeat and isolate the enemy and about the priorities for the liberation struggle. We continue to see this form of disagreement today in the different political positions that contest peacefully with one another within the resistance camp.

These disagreements can be resolved through dialogue and compromise, enhancing partnerships, and prioritizing the primary contradiction with the enemy, considering it the main national priority. However, in most cases, this reality today no longer is what we see in occupied Palestine or in the diaspora. It has been overcome by the right-wing pole in the occupied West Bank, because it chose to be part of the enemy camp actively engaged in the suppression of armed resistance and the liquidation of Palestinian rights.

The class dimension is also evident in the Palestinian internal conflict. This appeared more clearly following the Oslo agreement in 1993, that is, after the tightening of the grip of the big Palestinian bourgeoisie on all of the levers and mechanisms of the political decision in the PLO and after the establishment of the “limited administrative autonomy” Authority in the West Bank and Gaza, serving the interests of the owners of banks and some major companies. This followed the siege of the Palestinian popular classes and the confiscation of their role and voice, and the destruction of their popular associations, unions, and professional federations. The “Palestinian Authority/Palestinian State” trend dominated and became a security and political tool of liquidation, a small junior partner to the Zionist enemy and the reactionary regimes in Jordan, Saudi Arabia, Egypt, and others.

From here it is possible to understand the state of popular mobilization in the Palestinian refugee camps that began to move on the ground in the mid-1990s, affirming their role and demanding their rights. This public concern manifested itself through calling for, organizing and holding mass popular conferences under the slogan of the right of return for Palestinian refugees. These popular movements began in the West Bank camps in particular (Al-Fara’a, Dheisheh and others in 1994 and 1995), then in the refugee camps and large popular gatherings throughout occupied Palestine, in the camps in exile, and everywhere throughout the Palestinian diaspora.

It is also possible here to understand the rise of the armed resistance movement after the Oslo agreement in particular, and how the popular incubator for the resistance expanded, and how the popular masses discovered that they were subjected to deception and treachery (Oslo). Because of this precisely, the masses of our people stood against the project of liquidation and settlement under the U.S.-Zionist conditions. They stood simultaneously against the policies of corruption and repression. The Palestinian people know through their history and lengthy experience of struggle, the close relationship between confrontation of the enemy and radical internal reform, that is, the tasks of cleaning and renewing the Palestinian internal front. A people cannot resume their revolutionary struggle while their back is exposed internally.

This also explains the success of Hamas in the Palestinian Legislative Council elections in 2006 and why its lists continue to succeed in student council, union and other elections, regardless of our critiques of the position of Hamas or of the correctness or error of the popular perception of the necessary alternative. What is important here is the core of the issue, the Palestinian popular position affirming the right of armed resistance, the commitment to return and liberation and strong support for a program of internal reform and unity on the field of struggle, rather than to a program of corruption, repression and failure.

Repetitive phrases and a new reality

The use and omission of phrases such as “national unity,” “national liberation stage” and other concepts at times contribute to marketing an illusion about the potential to reform the relationship that exists today between the resistance forces and the Oslo class of the Authority. The truth is that this is a reproduction of the same illusion about the so-called “division in the Palestinian arena” and the path to reach certain internal agreements that some consider possible. The current of the Authority wishes to convince us that there is a realistic possibility for a national and normal relationship between Abu Mazen and Ahmad Sa’adat, for example, similar to the one that existed between Yasser Arafat and George Habash in the early days of the Palestinian guerilla work up to the 1982 invasion of Beirut. This projection aims to portray the events that have occurred, the betrayals, disasters and crimes, as mere differences between two points of view!

The path of revolution and liberation cannot coincide with that of authority, corruption and justification. The revolutionary democratic approach does not coincide with the approach of prisons, torture and security coordination. It is impossible. And whoever seeks unity and reconciliation with this Authority is like someone trying to squeeze a picture into a frame that cannot contain it, or as Mao Zedong wrote, “cutting the feet to fit the shoes.”

The big Palestinian bourgeoisie decided its political path and ended up where it is today, sitting in the bosom of the enemy camp, cooperating with it economically and on the security front, submitting reports to the U.S. intelligence, to the European Union and the reactionary regimes that dominate the Arab League. It is keen on the image of its political entity, the degraded “autonomous” Authority, and strives to create a formal yet empty Palestinian identity, concerned only with form and symbol and not with substance and content. Therefore, we see them talking about “the state,” “independence,” “sovereignty” and “law” as if these have been accomplished or are goals that are close to being realized as the achievement of the “national project” – and that is precisely its specific role in the project of the liquidation of Palestine!

The Palestinian Authority is the authority of a specific class. Mahmoud Abbas’ Authority is not that of his person, but with his approach. It serves the interests of 1% of the Palestinian people, and the Palestinian security services are employed to protect this class, its interests, its banks and companies. The aim is to strengthen this layer’s control of the political decision in the PLO and all Palestinian institutions. Therefore, the direct support that secures its continuation comes from Washington, Riyadh and Brussels, all under the direct oversight of the Zionist regime and through the channels and relationships of this camp, whose parties are clearly known, and which seeks to liquidate Palestine, all of Palestine, the cause, the people, the land and rights.

The revolutionary groups and movements, the vanguard of the armed Palestinian resistance and its great popular incubator, must engage in a struggle with the task of defeating and isolating the project of the Palestinian Authority. This is a necessary step in bringing the Oslo stage to a clear and permanent end and renewing the launch of the Palestinian revolution that adopts the protracted people’s war of liberation to achieve the project of the popular majority: return and comprehensive liberation.

Khaled Barakat, Palestinian writer, is the international coordinator and spokesperson of the Campaign to Free Ahmad Sa’adat.