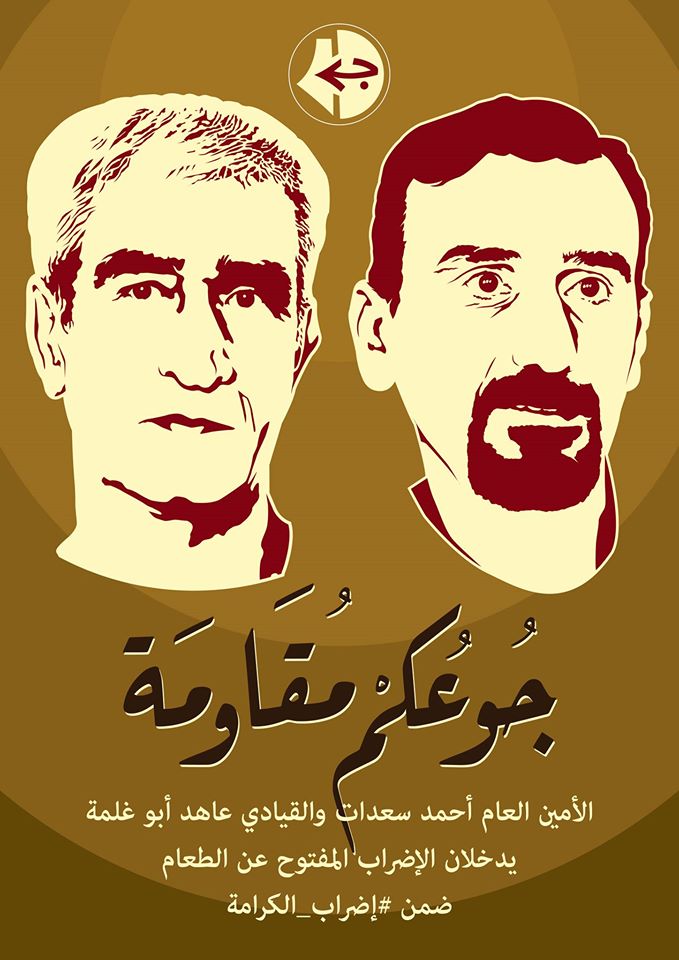 mprisoned Popular Front for the Liberation of Palestine General Secretary Ahmad Sa’adat and fellow leader Ahed Abu Ghoulmeh will join the Strike of Freedom and Dignity on May 4, announced Khalida Jarrar at a joint press conference of all Palestinian factions held simultaneously in Ramallah and Gaza City.

Sa’adat and Abu Ghoulmeh will be joined by dozens of fellow members of the leadership of the PFLP behind bars, as well as fellow strugglers from the Islamic Jihad Movement, the Democratic Front for the Liberation of Palestine and other organizations. The press conference included participation from all factions, including both Hamas and Fateh, announcing an escalation of the strike.

On May 1, Sa’adat wrote in a statement on International Workers’ Day: “From here, from the Israeli prison cells, where our brave and beloved ones are fighting a new heroic epic that is entering its 15th consecutive day in the battle of the open hunger strike, we call upon you to uphold these values and put them into action by supporting the struggle of the prisoners and putting pressure on your governments to boycott, divest from and sanction the occupation state. The isolation of the occupation state, besieging it on a popular, international level, means that the date of freedom for our people and for all prisoners inside the prisons of “Israel” approaches ever more closely.”