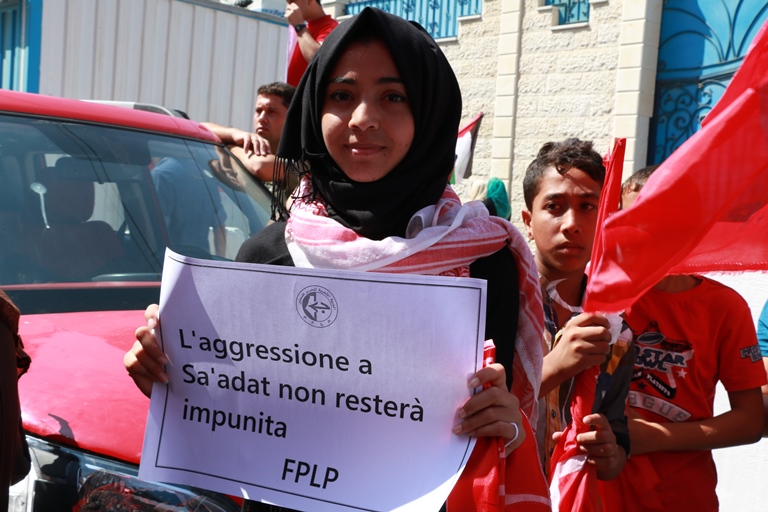 The International League of Peoples’ Struggle condemns the vicious attack by occupation prison guards on Palestinian prisoners, including Ahmad Sa’adat, the jailed General Secretary of the Popular Front for the Liberation of Palestine. The attack started on July 27 in the Nafha prison in the south of Palestine, occupied by the Zionist State since 1948, when Israeli prison guards raided cells in the middle of the night, ransacking and destroying the prisoners belongings and attacking the resisting prisoners.

The attack, intended to punish the prisoners for their steadfastness, was met with militant resistance by Comrade Sa’adat and the other targeted prisoners, a number of whom were injured.

Incarceration is one of the main mechanisms used by Israel to maintain its criminal occupation of Palestine, targeting activists, political leaders, militants and their family members.  There are currently over 5700 Palestinian prisoners in the occupation jails, including more than 400 held on ‘administrative detention’, over 160 children along with 25 women and 16 members of the Palestinian Legislative Council.  Many of them, like Ahmad Sa’adat, are imprisoned on the basis of their membership in Palestinian organizations that Israel considers ‘illegal’.

ILPS stands in militant solidarity with the Palestinian prisoners in their steadfast resistance to the occupation! ILPS members organizations can show solidarity by:

Coordinating Committee of the ILPS in Canada