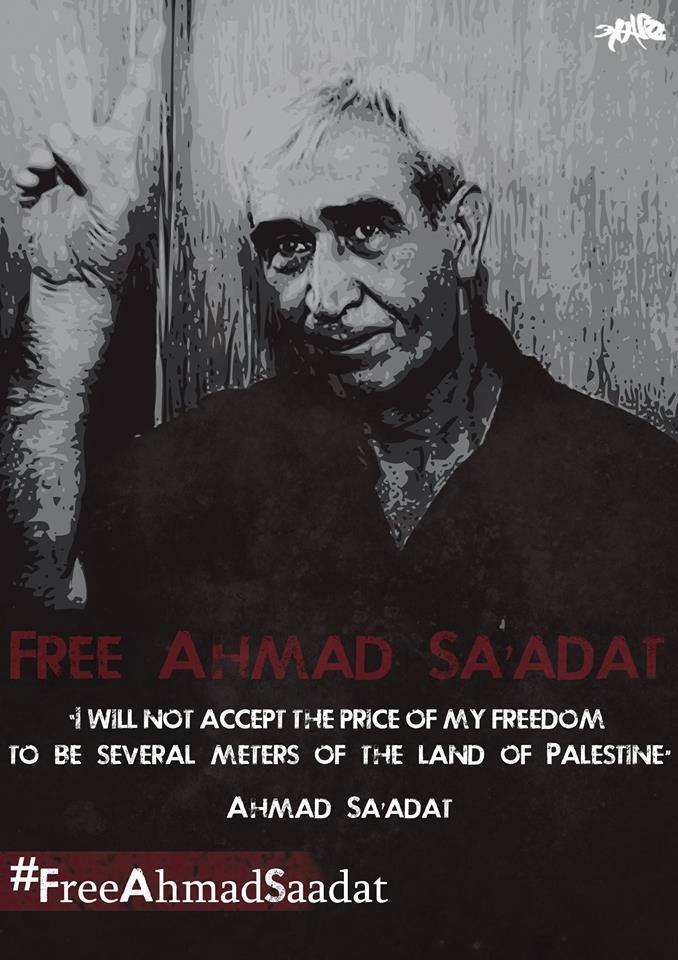 Ahmad Sa’adat, Palestinian national leader and imprisoned General Secretary of the Popular Front for the Liberation of Palestine, was attacked in his cell in the Nafha prison camp as part of a campaign of attacks and aggression by Israeli prison guards against Palestinian political prisoners in the prison camp. Sa’adat is one of thirty injured Palestinian prisoners in the attack by the guards, which began on Monday, 27 July and continued into the early hours of Tuesday, 28 July.

There are multiple protests planned in Palestine against this attack, including one protest at 10:00 am in Gaza City on Wednesday, 29 July. Organize protests in your city – protest at the Israeli consulate or take action for boycott, divestment and sanctions against the occupation. Please email us at campaign@freeahmadsaadat.org about solidarity actions in your area!