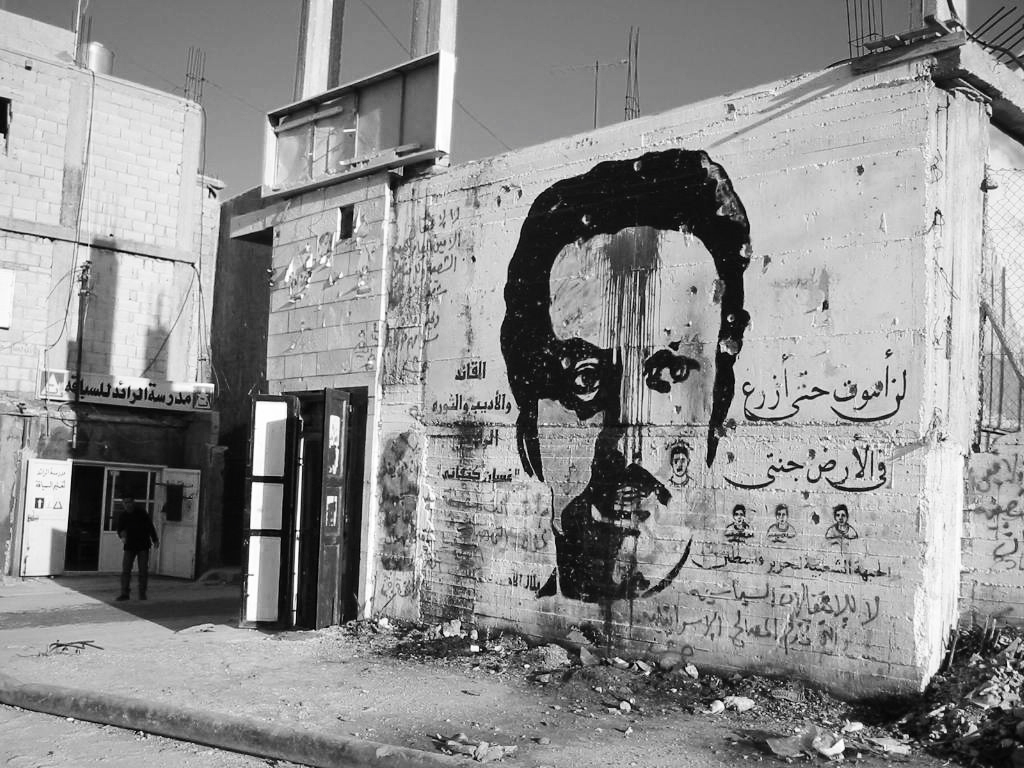 Ahmad Sa’adat, imprisoned Palestinian national leader and General Secretary of the Popular Front for the Liberation of Palestine, issued a statement from Nafha prison on the 43rd anniversary of the assassination of PFLP leader, literary giant, and Palestinian revolutionary Ghassan Kanafani. Kanafani was assassinated on July 8, 1972 by the Mossad via a car bomb in Beirut – an assassination which also took the life of his niece, Lamis. His political analysis and his literary and artistic works continue to inform, inspire and motivate generations of Palestinians.

“The freedom fighter, leader, creative thinker and writer Ghassan Kanafani was the leader of Palestinian progressive national culture and one of the most important pillars of the Palestinian cause on the Palestinian, Arab and international levels,” wrote Sa’adat.

“The loss of Kanafani as a writer, a thinker, and a leader, member of the Political Bureau of the PFLP was a serious, qualitative absence,” said Sa’adat. “The brutality of his assassination reflects the enemy’s perception of his importance, and of his role as a revolutionary intellectual in redefining and reclaiming Palestinian culture and civilization on a national, political and social level,” Sa’adat wrote.

“The Zionist movement recognizes that the ongoing battle on the cultural front had gained exceptional importance. It sought to promote the Zionist project and its legitimacy in a world which was full of contradiction and struggle, amid the rise of a strong, liberation-oriented renaissance of the peoples of the Third World. For this reason, they assassinated Comrade Ghassan Kanafani, Kamal Nasser, Mahmoud Hamshari, Basil al-Kubaisi and others, and attempted to assassinate Dr. Anis Sayegh, Bassam Abu Sharif and others.”

Sa’adat also noted that the anniversary of the martyrdom of Kanafani is an occasion to reconsider the critical importance of the ideological struggle. Quoting Lenin, Sa’adat emphasized, “There is no revolutionary movement without a revolutionary theory.” Sa’adat highlighted “the need to upgrade and raise awareness of theoretical tools to analyze, read, extract facts and build upon those facts. Theoretical poverty is like malnutrition – it strains and weakens all the vital organs of the human body up to the brain. By taking up this path, we continue the work of Ghassan and all of the martyrs of thought and creativity of the Arab struggle.”

He also urged the rehabilitation of the PFLP in its role as an incubator and supporter of intellectuals, thinkers and creators. “From its inception, the Arab Nationalist Movement was a home for creative intellectuals and pens of struggle and created the space for Ghassan’s intellectual work and the many who worked with and learned from him,” Sa’adat said.

“The party that is the home of al-Hakim [George Habash], al-Kubaisi, Saber Mohiudeen, Kanafani, Abu Ali Mustafa, Abu Maher Yamani, Guevara Gaza, Wadie Haddad, Abu Rafaat Nairat, Maha Nassar, Shadia Abu Ghazaleh and so many leaders, and that provided thousands of martyrs, has the determination, the will and the commitment to accomplish a rennaisance, strengthen its presence, and mobilize the masses and their leadership on the road to victory,” Sa’adat wrote, urging a new era on the path of Ghassan Kanafani, continuing in the trenches of struggle until the liberation of Palestine.