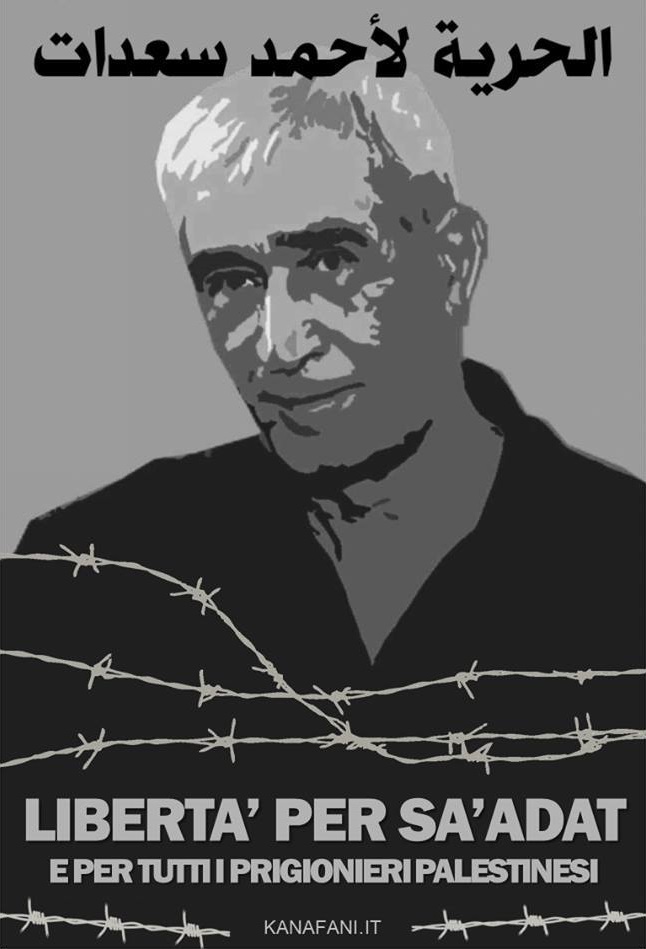 Imprisoned Palestinian leader Ahmad Sa’adat was transferred from Ramon to Gilboa prison on May 5 as part of a series of transfers aimed at disrupting prison organizing. Sa’adat, the General Secretary of the Popular Front for the Liberation of Palestine, has been repeatedly transferred during his imprisonment.

Transfers are used to disrupt the social fabric and political organizing among Palestinian prisoners and are also inhumane and abusive in and of themselves; when Palestinian prisoners are transferred, the infamous “bosta” – a metal transport vehicle in which the prisoner is shackled to a metal chair in the back – is used. The bosta is not air conditioned, does not have open windows and reaches extremely high temperatures. It is a particularly dangerous experience for older or ill prisoners.

In addition to Sa’adat, Jamal Abu el-Hija, an imprisoned Hamas leader, was transferred from Eshel to Ramon prison, as was his son Imadeddine. Abu el-Hija and Sa’adat were two of the 19 prominent Palestinians held in solitary confinement for years whose isolation sparked the September 2011 and then the April 2012 Karameh mass hunger strikes, in which Israeli prison officials acceded to the demand to end the use of long-term isolation. Despite their agreement in 2012, the use of solitary confinement and isolation against Palestinian prisoners has been escalating, particularly since 2014.

80 Palestinian prisoners were transfered from Eshel to Nafha prison, with “inspections” given as a pretext, 6 from Megiddo prison to the Negev Prison.