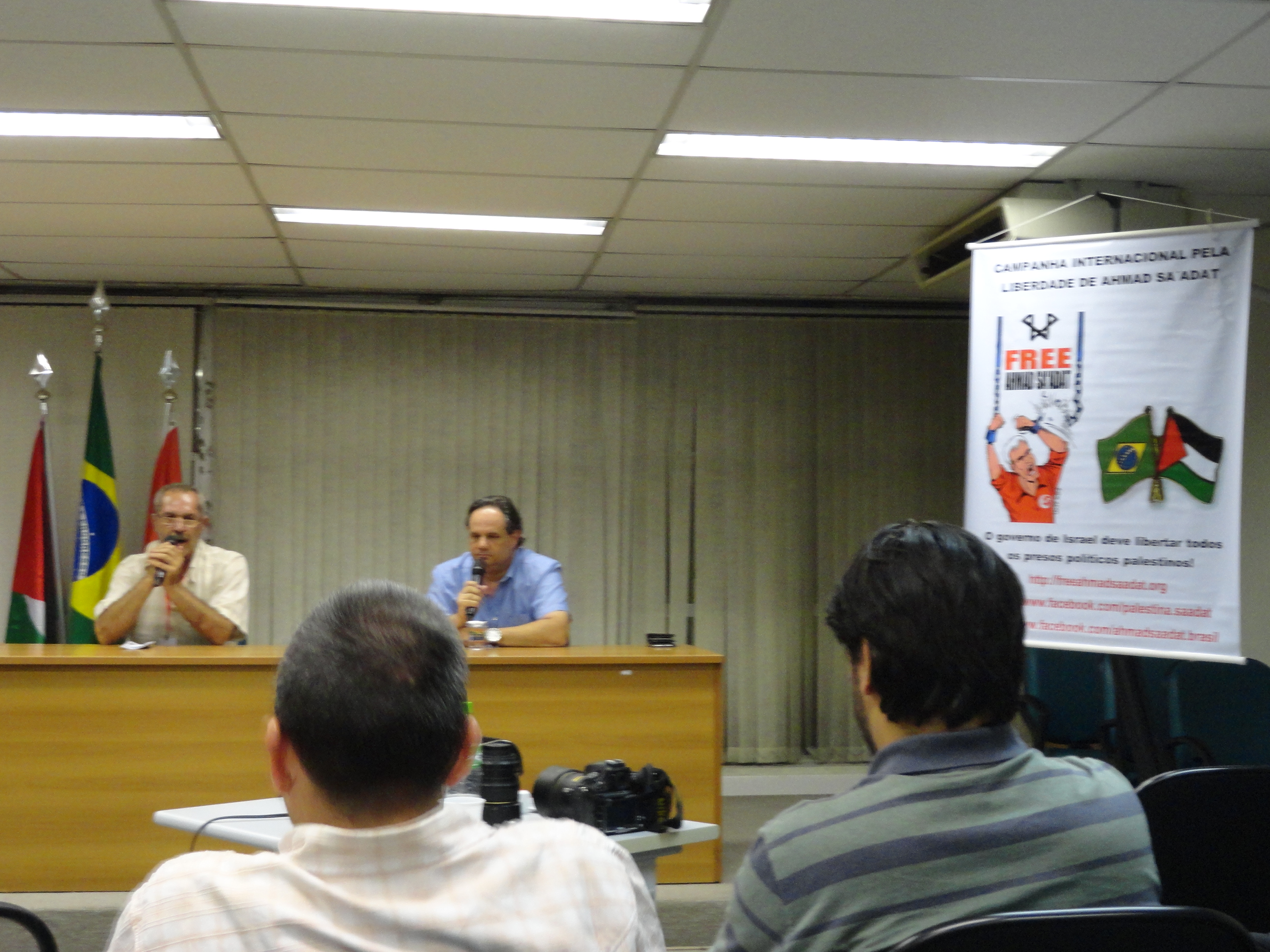 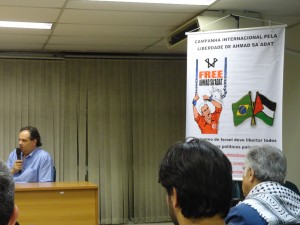 The Brazilian Campaign to Free Ahmad Sa’adat took part in the 13th Congress of the Communist Party of Brazil (PCdoB), distributing literature and participating in a discussion on Palestine and the political situation in the Arab world, which included political parties, social movement leaders, and representatives of the Arab community in Brazil.

The discussion took place on November 14 in São Paulo , Brazil, and included representatives of the Iraqi Communist Party, Communist Party of Lebanon, Arab Socialist Nationalist Party of Syria, the Palestinian People ‘s Party, Fateh, and the Popular Front for the Liberation of Palestine . The Ambassador of the State of Palestine in Brazil, Ibrahim Al-Zeben, was also present at the event, and demanded the release of Ahmad Sa’adat and all Palestinian prisoners in Israeli jails. Representing the Central Committee of the PCdoB was former congressman Jamil Murad. In 2004 , as a member of the Brazil-Arab Parliamentary League, Murad visited Palestine, where he met with Yasser Arafat, visited the tomb of Ahmed Yassin (Hamas’ spiritual leader, assassinated by Israel) and visited Ahmad Sa’adat in Jericho prison of the Palestinian Authority, where he was held under US and British guard. Murad said the PCdoB defends the unity of all the forces of the Palestinian resistance, and respects all parties and factions of the Palestinian national movement, speaking about his meeting with Sa’adat and calling for freedom for the prisoners.

The PCdoB has expressed solidarity with Sa’adat consistently over the years.