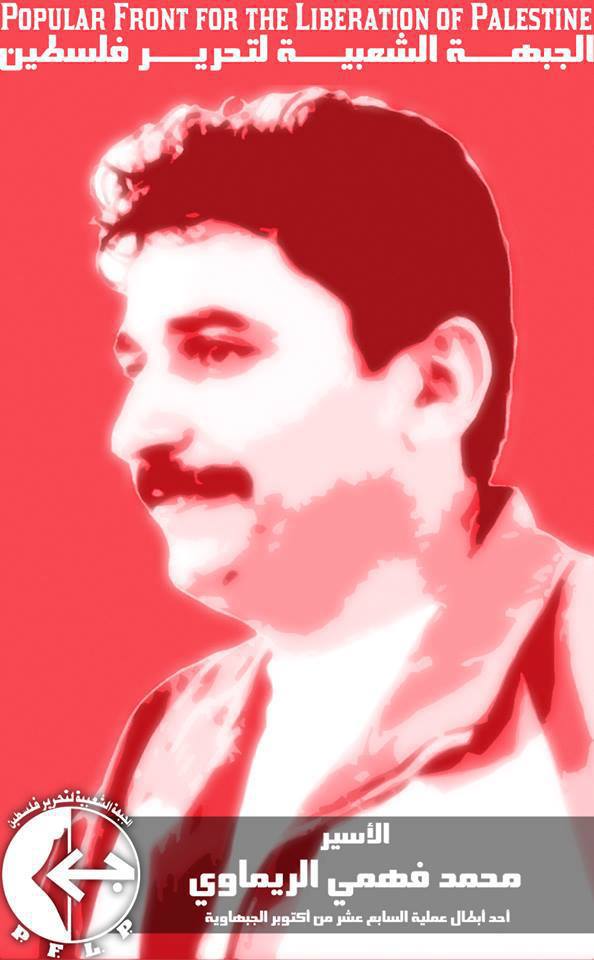 Prisoners affiliated with the Popular Front for the Liberation of Palestine are calling for the leadership of the national and Islamic forces to meet urgently to plan actions to support the Jordanian prisoners on hunger strike, including the PFLP leader Mohammad Rimawi. The prisoners, who began refusing food on May 2, have now been striking for over three months. In a statement released from inside the occupation prisons, the PFLP prisoners said that “silence on this national and human issue is complicity in the crime, and increases the suffering of the prisoners.”

The statement accused the Jordanian government and the Palestinian Authority of ignoring the issue of the strikers, and called on the masses of the Palestinian and Jordanian people to engage in urgent popular action to pressure them to be compelled to intervene, in order to save the prisoners’ lives from thee threat of death.

The prisoners’ statement said that the striking prisoners, Abdullah Barghouthi, Mohammad Rimawi, Hamza Othman, Munir Mar’i and Alaa Hammad are suffering from dehydration and persistent headaches, and have lost a significant amount of weight. They have threatened to stop drinking water, if there is no response to their just demands. The five are all Palestinian political prisoners who carry Jordanian citizenship. They are demanding to be transferred to Jordan to serve their sentences; that the Israeli occupation disclose the location of missing Jordanians; and that the remains of Palestinian and Jordanian martyrs who died in prison be removed from unmarked ‘numbered graves’ and returned to their families.

The statement from the PFLP prisoners particularly warned against a serious deterioration of the health of the leader Mohammad Rimawi, who is currently at Soroka Hospital. He suffers from many chronic diseases and is at risk of a sudden heart attack if action is not taken. The prisoners criticized the official handling of this issue, saying that it does not meet the level of response that is necessary. The prisoners warned they are following the status of the strikers on a constant basis and there is a state of emergency in various prisons to launch a series of events. They noted that last Friday and Saturday, prisoners in the south held a partial hunger strike, which will then move to all the occupation prisons, and closed by saying they hoped to see this lead to a mass strike to be considered seriously by all national and Islamic factions.