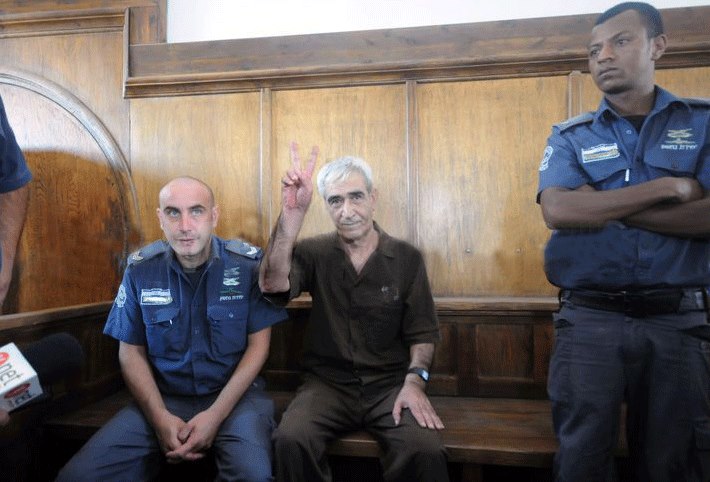 Ahmad Sa’adat, imprisoned Palestinian leader and General Secretary of the Popular Front for the Liberation of Palestine, urged Palestinians to “break the barriers of silence and bang on the walls of the tank” to defend Palestinian rights under threat and at high risk due to the resumption of bilateral negotiations between the Palestinian Authority and the Israeli state, in a letter leaked from prison.

He called on the broad masses of the Palestinian people to participate in the demonstrations called by the PFLP on July 28 in the occupied West Bank, Gaza and Jerusalem to protest the resumption of negotiations, emphasizing that those who claim to represent Palestinians must respect the will of our people.

Sa’adat said that Palestinians in Palestine and in the diaspora must participate in order to strengthen popular consensus and unity to protect the Palestinian national liberation movement, and set the stage for a new era of struggle based on unity and commitment to resistance in all forms.

Sa’adat said that, at minimum, Palestinian officials have a responsibility to adhere to Palestinian consensus – which has made clear that no negotiations should be accepted without, at minimum, Israel stopping settlement construction, freeing prisoners, and adhering to international law and UN resolutions. Returning to negotiations on US Secretary of State John Kerry’s initiative, which promises none of those things, violates that consensus, Sa’adat said.

He demanded that all Palestinian officials refuse negotiations with the occupation state, saying that negotiating with this criminal state puts the Palestinian cause, and Palestinian internal unity, at significant risk. “It is clear that the negotiating team ignored these conditions, violated national consensus, and instead chose to rely on US guarantees. This has been done previously again and again and never has yielded any results that have compelled the occupying power to respect international law.”

Sa’adat said further that the international community must bear its responsibility to hold Israel accountable and compel it to respect international law, UN resolutions, and the rights of the Palestinian people recognized there.