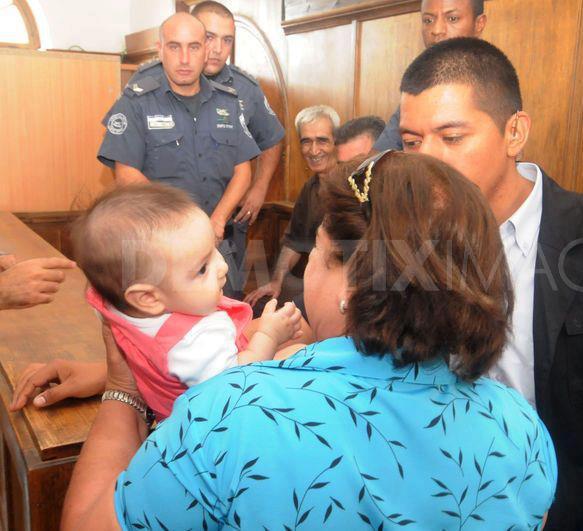 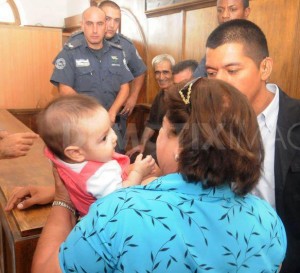 Occupied Ramallah, 27 May 2013 – On 21 May 2013, Addameer received a final rejection from Lod Magistrate Court for our continued appeal for prisoners to be able to receive visits from their grandchildren. The appeal was made in the name of detainee Ahmad Sa’adat to receive visits from his first grandchild, Mayyar. Ahmad Sa’adat, the General-Secretary of the Popular Front for the Liberation of Palestine (PFLP) was sentenced to 30 years in prison for his involvement in an organization that Israel deems illegal. According to Israeli law, all Palestinian political parties are illegal organizations. The rejection of Addameer’s appeal means that Mayyar, who turns one later this week, will not meet her grandfather until she turns 24 years old.

Since 2000, the Israel Prison Service has only allowed first degree relatives to visit Palestinian prisoners. First-degree relatives are defined as spouse, children, parents, siblings and grandparents. However, grandchildren are not considered first degree relatives. Therefore, a grandfather can visit his grandson but not the other way around, which does not hold any substantial legal or logical motivation. Additionally, children over the age of 16 are regularly denied visits for “security reasons.”

Ahmad Sa’adat was arrested by the Palestinian Authority (PA) on 15 January 2002 and detained in Jericho. On 14 March 2006, the Israeli Occupying Forces kidnapped Sa’adat and transferred him to Moscobiyeh Interrogation Center, where he was brutally interrogated for over two months before his transfer to Hadarim Prison. Sa’adat underwent two years of court hearings before his sentencing in 2008. Sa’adat has been treated with a lack of humanity in Israeli prison. On 16 March 2009, Sa’adat was put in isolation for 39 months until the end of the 2012 hunger strikes on 14 May 2012. Three of his four children have been denied visitation rights since his arrest in 2006.

This latest appeal rejection is another illustration of the IPS policy to isolate Palestinian prisoners from their families and from the outside world. Like all Palestinian prisoners, Sa’adat has missed large family milestones such as the weddings of two of his children, graduations, birthdays and most recently, the birth of Mayyar. To find out more about how Sa’adat’s family has been affected, please visit: http://www.youtube.com/watch?v=DGDCd4MAhHg