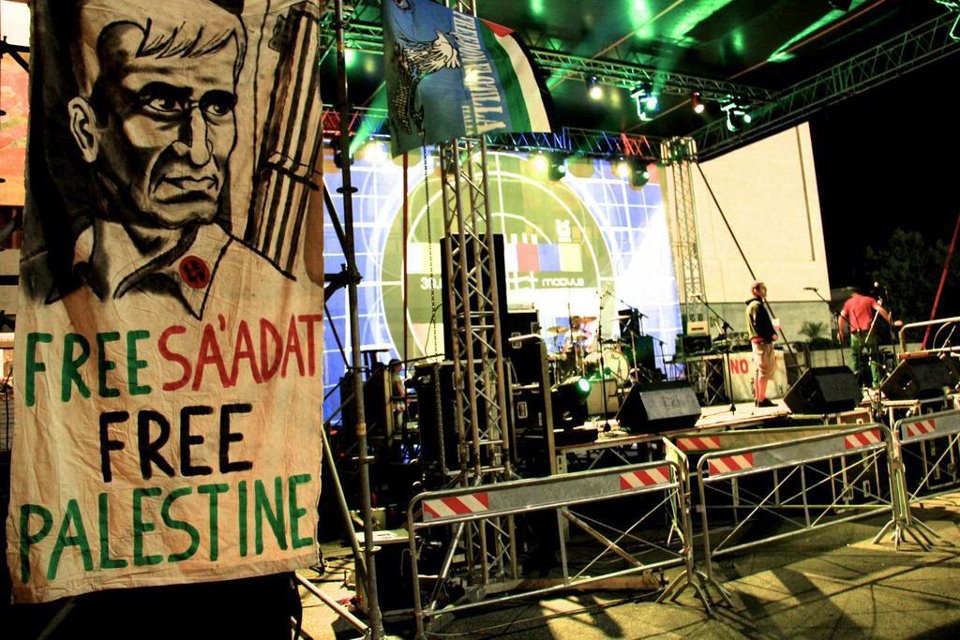 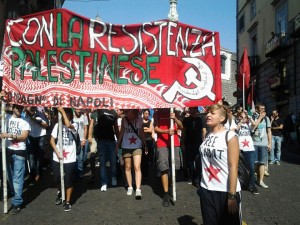 The “Estelle,” the Ship to Gaza organized by Swedish solidarity activists, traveling from Naples to Gaza after a tour of several months through European ports building for its journey to break the siege, launched on October 6, 2012 from Naples.

Three days of events took place in Naples leading to the launch of the ship, including marches in solidarity with Palestine and its people, including Palestinian prisoners, particularly Ahmad Sa’adat.

Solidarity activists held a concert in Naples to support the Palestinian cause, in which they raised the images of Palestinian prisoners, including Sa’adat. Mayor Luigi de Magistres came to the ship’s berthing to show support for the ship and its mission, and evening screenings and discussions brought many people to see the ship before its departure. 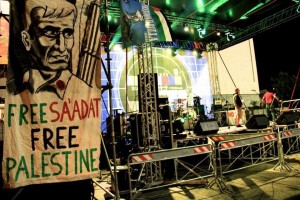 On Saturday morning, over 2000 rallied in solidarity with the Palestinian people and in support of the ship’s mission to break the siege on Gaza, as the ship prepared to depart in the evening. 17 activists from Sweden, Norway, Canada and the US are traveling on the ship; it will take approximately one to two weeks to reach Gaza. This is the first attempt to break the blockade by sea since the Tahrir’s sailing in November of last year, and the occupation military is once again threatening to storm the ship and detain its crew and passengers as it has with previous solidarity ships to Gaza. In August and October 2008, two ships successfully broke the blockade; since that time, solidarity ships have been attacked by the Israeli army including the attack on the Mavi Marmara in May 2010, when occupation forces killed nine solidarity activists as they sailed to challenge the blockade of Gaza. 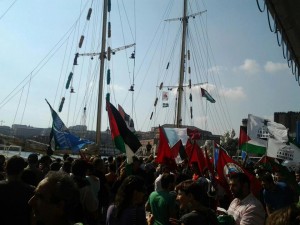