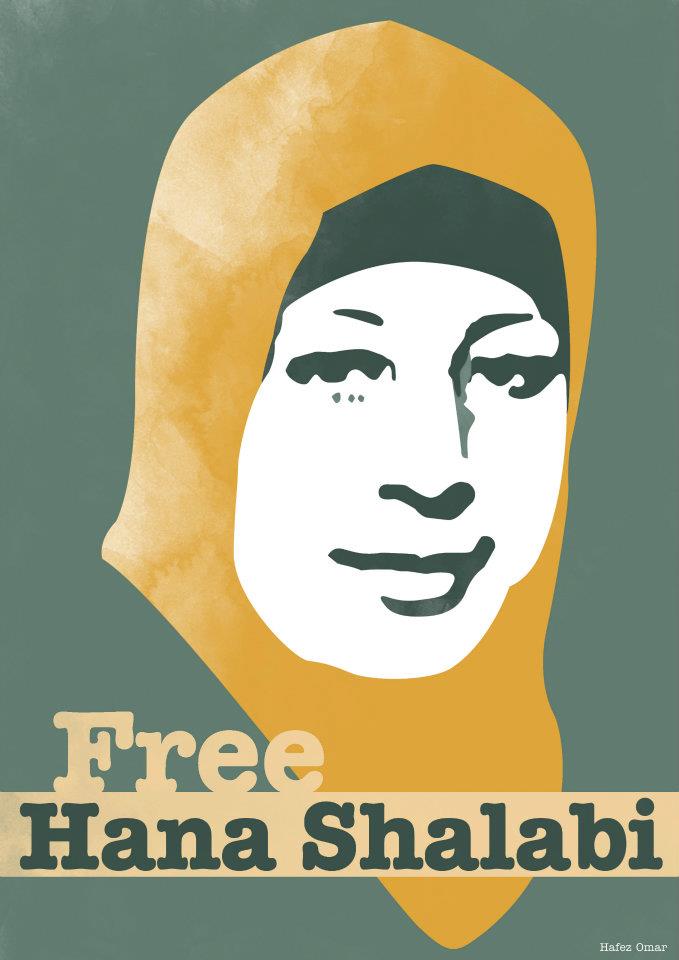 March 14-15, 2012 marks the sixth anniversary of the attack on Jericho 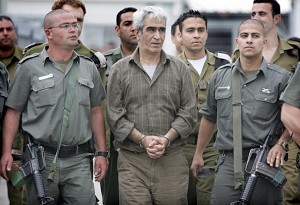 prison and the Israeli abduction of Palestinian national leader Ahmad Sa’adat and his comrades, who had been held under U.S. and British guard in a Palestinian Authority prison.

For the past three years, since March 18, 2009, Ahmad Sa’adat has been in isolation in an Israeli occupation prison, subject to solitary confinement, poor health care and intense repression. Similarly, Ahed Abu Ghoulmeh, one of his comrades also abducted from Jericho in 2006, has been in isolation for many months. The demand to end the isolation of Ahmad Sa’adat – and his fellow prisoners in solitary confinement – sparked the September-October 2011 hunger strikes that swept through the occupation’s prisons.

As we mark this anniversary, a Palestinian prisoner’s hunger strike has once again captured the attention of the world, very soon after the heroic 66-day hunger strike of Khader Adnan. Hana al-Shalabi, released in the October 2011 prisoner exchange, was re-abducted on February 16, 2012, and is held under administrative detention without charge or trial. She has now been on hunger strike for 28 days.

The Campaign to Free Ahmad Sa’adat echoes the call of Hana al-Shalabi’s parents for a day of action this Saturday, March 17:

“We call upon…all Palestinians to go to the streets and participate in the support action planned on Saturday March 17 in solidarity with our daughter Hana Al-Shalabi and all administrative detainees. We will continue supporting our daughter’s hunger strike and we want to let our daughter Hana know: we are with you in your hunger strike until you achieve your demand; your immediate release from the unjust Israeli jails.

Your support to Hana is necessary to achieve Hana’s immediate release; it is also needed to support our daughter in her open hunger strike which she has started on February 16, 2012.

Finally, we call upon all administrative detainees to join Hana’s hunger strike until you achieve your own immediate release and put an end to the unjust Israeli policy of administrative detention which violates human rights and International law.”

Similarly, we join in the call for people around the world to take action on April 17, Palestinian Prisoners’ Day, for Ahmad Sa’adat, Hana Shalabi, Ahed Abu Ghoulmeh, Khader Adnan, and all of the nearly 5,000 Palestinian prisoners held within the jails of the occupation: 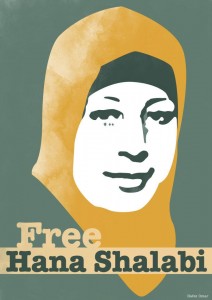 “On Palestinian Prisoners’ Day, Tuesday, April 17, we ask that all supporters of the Palestinian political prisoners’ movement bring Khader Adnan’s spirit of resistance to the doorsteps of his captors and would-be killers…Let Khader Adnan’s hunger strike mark the beginning of a revitalized global movement for Palestinian prisoners, their rights, their families, and their struggle. Together, we can make it so.”

Ahmad Sa’adat, Ahed Abu Ghoulmeh, Khader Adnan and Hana al-Shalabi – alongside their nearly 5,000 sisters and brothers – are paradigmatic examples of the steadfastness of Palestinian prisoners. Despite the abuse and isolation they have suffered, Palestinian prisoners – and the Palestinian people as a whole – will continue to resist occupation, racism, and settlement in order to obtain their rights to freedom, self-determination and return.

On this, the sixth anniversary of the storming of Jericho prison and the abduction of Ahmad Sa’adat, the Campaign to Free Ahmad Sa’adat reiterates that it is long past time to end the dangerous and damaging policy of Palestinian Authority security coordination with the Israeli occupation. This policy is responsible for ongoing political repression and for the imprisonment of Palestinians in both PA and Israeli jails. It must be noted that Ahmad Sa’adat and his comrades were abducted not from their homes but from the Palestinian Authority jail that had held them – contrary to Palestinian law – for over four years at the time of the military siege.

The policy of security coordination is the policy that kept Ahmad Sa’adat, a Palestinian national leader, behind bars for four years before the Israeli attack and abduction. It poses a deep danger to the Palestinian cause, and represents the inverse of the unity and national solidarity displayed overwhelmingly by Palestinian prisoners standing together across all lines to confront occupation. It endangers the accomplishments of the Palestinian revolution and dishonors the struggles of the Palestinian people over its decades.

In addition, it must also be emphasized that United States and British guards maintained the prisons that held Ahmad Sa’adat and his comrades in Jericho, and that they were warned and exited the prison in a coordinated fashion prior to the Israeli occupation attack – when their presence there had been repeatedly, and falsely, justified as “protection.” The actions of the US and British guards and monitors in Jericho prison are yet one more example of the active complicity and responsibility for occupation by these states. Further, we call upon international authorities, including the United Nations and the International Committee of the Red Cross, to take up their responsibility to address the ongoing suffering and abuse of Palestinian political prisoners by occupation forces.

Six years after the abduction of Ahmad Sa’adat from Jericho prison, the Palestinian people and Palestinian prisoners are steadfast as ever, unbowed by repression, confronting the occupier from behind its own bars. They are a living beacon of steadfastness and inspire our struggle for the liberation of each prisoner – and the liberation of all of Palestine, its land and its people.

1. Picket, protest or call the Israeli embassy or consulate in your location and demand the immediate freedom of Ahmad Sa’adat, Hana al-Shalabi, and all Palestinian political prisoners.

3. Write to the International Committee of the Red Cross and other human rights organizations to exercise their responsibilities and act swiftly to demand that prisoners’ rights are recognized. Email the ICRC, whose humanitarian mission includes monitoring the conditions of prisoners, at JER_jerusalem@icrc.org, and inform them about the urgent situations of Hana Shalabi and Ahmad Sa’adat. Make it clear that isolation is a human rights violation and a form of torture, and that the ICRC must stand up and play its role to defend prisoners’ rights.

WHO IS AHMAD SA’ADAT?

Ahmad Sa’adat, the General Secretary of the Popular Front for the Liberation of Palestine, was elected to his position in 2001 following the assassination of the previous General Secretary, Abu Ali Mustafa, on August 27, 2001 by a U.S.-made Apache missile shot from an Israeli military helicopter as he sat in his office in Ramallah. PFLP fighters retaliated by assassinating Rehavam Ze’evi, the racist extremist Israeli tourism minister and head of the Moledet party, notorious for his political platform based on the “transfer” or ethnic cleansing of Palestinians, on October 17, 2001.

Sa’adat was abducted by Palestinian Authority security forces after engaging in a meeting with PA officials under false pretenses in February 2002, and was held in the Muqata’ PA presidential building in Ramallah until April 2002, when in an agreement with Israel, the U.S. and Britain, he and four of his comrades were held in the Palestinian Authority’s Jericho prison, under U.S. and British guard.

He remained in the PA jails, without trial or charge, an imprisonment that was internationally condemned, until March 14, 2006, when the prison itself was besieged by the occupation army and he and his comrades were kidnapped. While imprisoned in the PA jail in Jericho, he was elected to the Palestinian Legislative Council. Since that time, he has been held in the prisons of the occupation and continually refused to recognize the illegitimate military courts of the Israeli occupation. He was sentenced to thirty years in prison on December 25, 2008 solely for his political activity, and has spent three years in isolation at the present time.