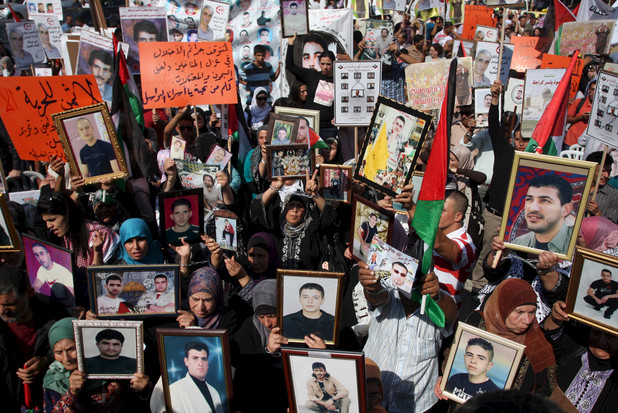 These actions, at Israeli consulates in San Francisco and Chicago and amid the Occupy Wall Street Actions in Liberty Park in New York, drew attention to the struggle of Palestinian political prisoners. The video below, of IJAN’s action in San Francisco, illustrates the creativity of the protest.

From Palestine to Pelican Bay from Intl Jewish Anti-Zionist Network on Vimeo.

IJAN’s press release is below:

(Chicago, IL; San Francisco, CA; NY, NY) Palestinians, Jews, and prisoner solidarity activists of all backgrounds are responding to calls from Palestine to support the nearly 6,000 political prisoners and people across California State prisons who are on hunger strike to change humiliating and demeaning conditions.  The International Jewish Anti-Zionist Network has specifically called on Jews of conscience to fast for 48 hours, from Thursday sundown October 6th to Saturday October 8th, as part of their Yom Kippur observance.  Yom Kippur is traditionally a time to acknowledge injustices and speak out against them.

The International Jewish Anti-Zionist Network (IJAN), and the US Palestinian Community Network (USPCN) are holding rallies to protest the conditions that Palestinian prisoners face, and connecting those injustices to the situation of US prisoners.  The message from their call-to-action states: “We stand with people all over the world whose daily lives are terrorized and unjustly controlled by policing and incarceration.”

The demands of the activists are these:

2)      End solidarity confinement of all prisoners;

3)      Meet demands of the civil disobedience and hunger strike of Palestinian prisoners in Israeli occupation prisons and of prisoners at California state prisons;

4)      End the death penalty in the US and all places it remains a State practice; and

5)      End the Israeli blockade on Gaza and a permanent opening of the Rafah crossing.