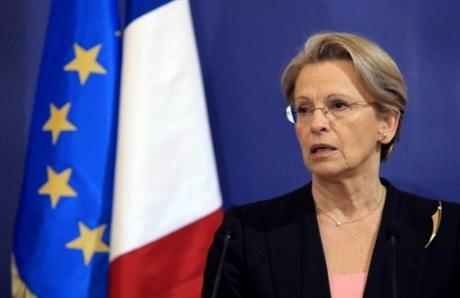 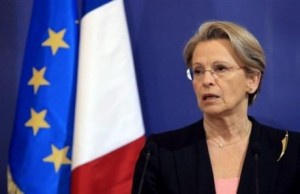 The Campaign in Solidarity with the prisoner Ahmad Sa’adat, in collaboration with allies in France, condemned the French Foreign Minister Ms. Michelle Alliot-Marie, and demanded an apology to the Palestinian people for her statements describing the detention of Israeli occupation soldier Gilad Shalit by the Palestinian resistance as a “war crime.”

The Campaign said, on January 21, 2011, that the Foreign Minister was seemingly blind to the thousands of Palestinian and Arab prisoners in Israeli jails, including hundreds of minors under 17 and dozens of prisoners with severe health condition, all stolen from their homes by an illegal foreign occupation authority and imprisoned for seeking the freedom of their people.
Furthermore, the Campaign said, the French minister’s comments do not reflect the conscience of the French people who have often expressed their solidarity with the Palestinian cause, and are contrary to international law; rather, these comments seek to justify a visit to the Gaza Strip to right-wing forces and the Zionist organizations in France at the expense of the Palestinian people, their valiant resistance, and their national and human rights.
The Campaign said that it will work with prisoners’ organizations to issue a condemnation from the prisoners’ movement inside Israeli jails, signed by all Palestinian forces, demanding an apology.