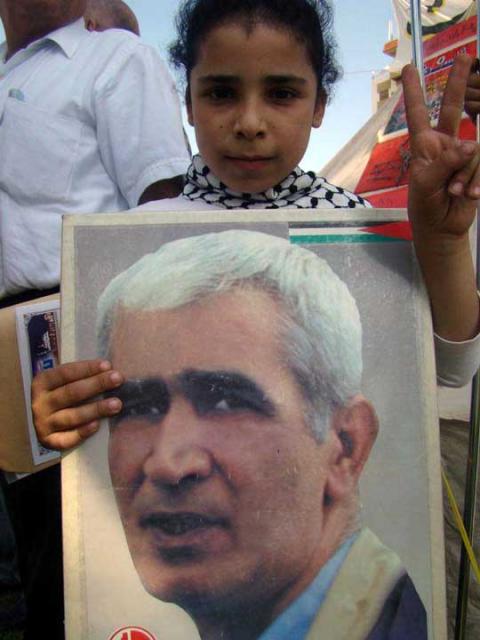 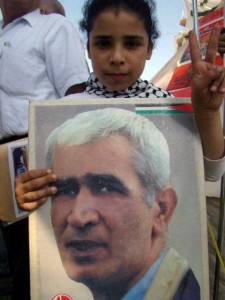 Ahmad Sa’adat, imprisoned Palestinian national leader, General Secretary of the Popular Front for the Liberation of Palestine and Palestinian Legislative Council member, issued a letter from his isolation cell in response to the international day of action and the efforts of political, social, legal and media organizations in solidarity with Comrade Sa’adat and all Palestinian prisoners, particularly those confronting isolation in the jails of the occupier, calling for ongoing actions against isolation and in support of the prisoners.

Sa’adat’s letter expressed his support for these actions and said:

“The policy of isolation is a flagrant violation of international humanitarian and human rights law, and the law of prohibition of torture. This policy is also a systematic practice of killing and destruction of the human personality, and in some cases, a mechanism for carrying out a living death sentence against freedom fighters, particularly those who have served many long years in isolation, such as Hassan Salameh, Jamal Abu Hija, Ibrahim Hamed, Ahmed al-Maghrabi, Abdullah al-Barghouthi and others.

“The policy of isolation, this death penalty imposed upon prisoners and detainees, are not based on any legal grounds. It is a decision of the occupation intelligence services under a secret file that may be seen by nobody but for the judge, who has never denied any decision to isolate a prisoner or made clear any mechanism for the use of isolation.

“The policy of isolation targets the essence of human rights and humanity – the right to social relationships – through isolation from the surrounding environment, and means deprivation of even the minimal rights under the laws of the Israeli Prisons Administration, including access to newspapers, books and clothes. It is collective punishment of prisoners’ families as well, as every decision to isolate a prisoner is accompanied by a 3 month prohibition on family visits.”

Sa’adat concluded his letter with a call: “The struggle of the prisoners for freedom is part and parcel of the ongoing struggle of our people which will end only with the defeat of occupation across all of the soil of Palestine. I call upon all institutions, activists and organizations to develop an action plan to support the struggle of prisoners in general, and, in particular, the prisoners suffering in isolation.”