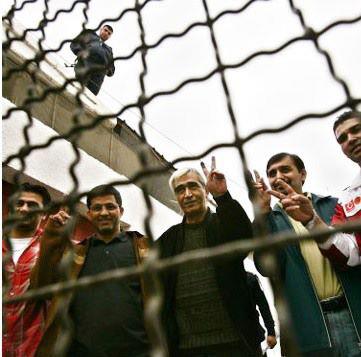 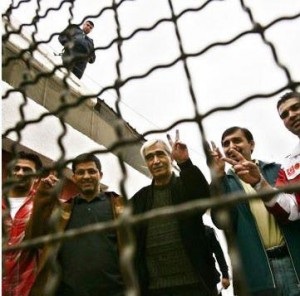 The Israeli prison administration were forced to back down from their most recent attacks upon the rights of Ahmad Sa’adat, including being confined to a tiny cell in solitary confinement for seven days.

Attorney Suleiman Shahin of the PA Ministry of Prisoners had filed a petition against the arbitrary sanctions of the prison administration on August 14, 2009. The prison administration review panel stated that forcing Sa’adat into solitary confinement was arbitrary and without reason, and ordered him instead into the general isolation ward. The panel also said it would study the possibility of restoring Sa’adat’s other rights, including purchasing from the prison canteen and smoking.

The prison service had placed Sa’adat in a tiny cell measuring 140 cm by 240 cm and placed him in complete solitary confinement, even aside from other prisoners in the isolation unit, and had denied attempts by the attorney, Suleiman Shahin, to visit him in prison, to check on his status and health.

Following this denial, Shahin submitted a petition to the central prison review panel at Bir Saba, demanding that these sanctions be frozen and declared illegal.

Despite revoking some of the most extreme penalties against Sa’adat, the review court refused to declare the actions illegal.