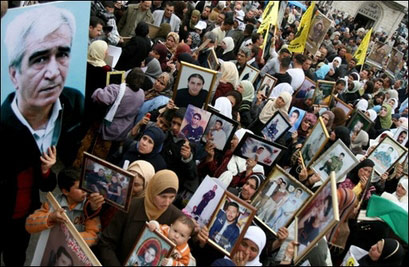 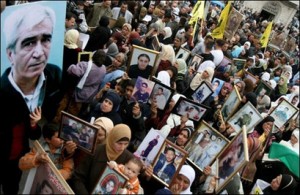 The Palestinian Prisoners Society, in cooperation with the National and Islamic Forces, held a rally in solidarity with Ahmad Sa’adat and all Palestinian prisoners on June 25, 2009, in front of the International Committee of the Red Cross (ICRC) building in Bethlehem.

The protest was attended by many prisoners’ families, carrying photos of their imprisoned children, husbands, wives, mothers and fathers, and banners condemning the Israeli attacks against the prisoners attempting to break their steadfastness and morale. They called upon international institutions and human rights organizations to take action to defend the prisoners against these violations of their rights, which violate all international covenants and norms.