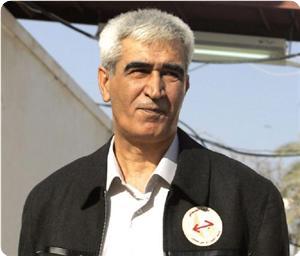 Palestinian institutions in Europe expressed their outrage and anger about the repression directed at prisoners in Israeli jails, and the ongoing violation of their rights and dignity.

The organizations sent a letter in solidarity with Ahmad Sa’adat, protesting his mistreatment in the occupation prisons. Sa’adat is the General Secretary of the Popular Front for the Liberation of Palestine and has been imprisoned since 2002 – from 2002-2006 in a Palestinian Authority jail in Jericho under PA, British and U.S. guard, and since 2006 in a Israeli jail after the occupation army raided the prison in order to capture Sa’adat and his fellow prisoners held there. The letter, sent on June 17, 2009, protested the imposition of a uniform policy on Palestinian prisoners requiring wearing orange jumpsuits, medical negligence, and the isolation of prisoners in solitary confinement. This policy of isolation, under which more than 30 prisoners suffer and which has been applied to Sa’adat for over three months now, prompted his recent nine-day hunger strike, despite his own poor health.