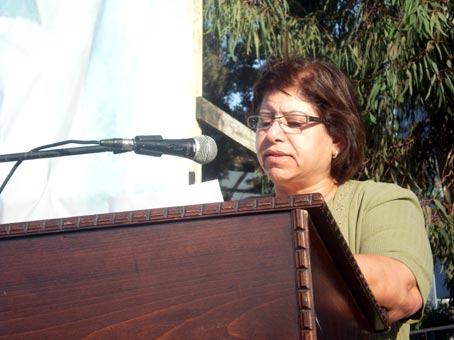 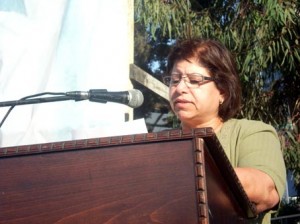 A celebration of the release from the Zionist jails of Mohammad Kana’anah (Abu As’ad), General Secretary of Abnaa el-Balad Movement took place on May 30, 2008 in Arabeh in occupied Palestine ’48.

Kana’anah was released after 4 1/2 years in the prisons of the occupation on May 28. His brother Husam, also a member of the Central Committee of Abnaa el-Balad movement, remains imprisoned. Both were accused by the occupation forces of assisting the Palestinian resistance in the West Bank.

At the widely-attended festival, speakers emphasized the unity of the Palestinian cause and the Palestinian prisoners’ cause, urging that any prisoner exchange include prisoners of our occupied homeland of 1948.

Abla Sa’adat, the wife of imprisoned PFLP General Secretary Ahmad Sa’adat, spoke about the prisoners’ movement, and the prisoners’ ongoing work in the national struggle. She conveyed greetings from her husband to the audience and stressed that the struggle would continue until the freedom of all of Palestine’s imprisoned sons and daughters. She highlighted the steadfastness of Sa’adat and Kana’anah, stating that Kana’anah was an example and now where he belongs, back with his people, and that her husband must also be back with his people alongside all Palestinian prisoners.

Rawia Shanti, member of the Political Bureau of Abna’a el-Balad movement, also spoke about repression and imprisonment faced by Palestinians within the occupied lands of 1948, but stressed that such actions on the part of the occupation government would not stop nor silence the Palestinian cause. 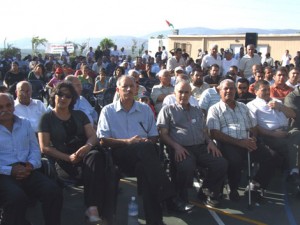 Salman Fakhreddine, a former prisoner from the occupied Golan Heights, saluted the crowd and Kana’anah, and urged the importance of including all prisoners in any prisoner exchange. He discussed his own experiences in prison and called for the freedom of all prisoners.

Ali Asleh, of Arabeh village, spoke, welcoming Kana’anah back to Arabeh, and Ameer Makhoul, the Director of Ittijah, spoke as well, stressing that the entire movement within the occupied homeland of 1948 welcomed back Abu As’ad and demanded the release of all Palestinian prisoners.

Sheikh Raed Salah of the Islamic Movement stressed on the centrality of the prisoners to the entire Palestinian national cause and praised Kana’anah’s steadfastness as an example, standing in the face of occupation. Abdul-Latif Gheith, executive director of Addameer, also saluted the prisoners and their steadfastness, and demanded that all prisoners must come home to stand alongside Kana’anah with their people.