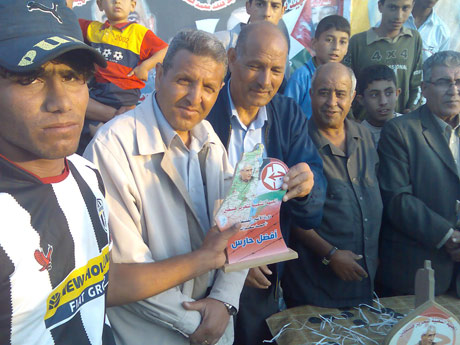 22 soccer teams in Gaza participated on Saturday, May 17, 2008, in a championship tournament held under the slogan of “Freedom for General Secretary Ahmad Sa’adat!”

The tournament, which began on April 17, Palestinian Prisoners’ Day, was organized by the Popular Front for the Liberation of Palestine, and was well-attended by hundreds of local residents and fans of the participating soccer teams.

Plaques were awarded to the top scorer, best goalkeeper, and the winning team, at the tournament site, Al-Fakhari sports grounds in Khan Younis.