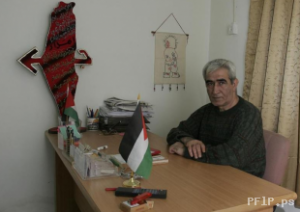 Ahmad Sa’adat, in a statement to the Palestine News Network, called upon the Palestinian people to uphold their national rights and protect their cause, no matter how harsh the situation becomes and despite the continuing siege on the Palestinian people. He stated that both Hamas and Fatah bear the responsibility for the division in the internal situation, stressing the importance of national dialogue and the need to refrain from internal conflict. He said that the real root of the problem in the conflict between Fatah and Hamas is that Hamas was never given the rightful opportunity to put its mandate into practice after its victory in the legislative elections, which led to the unacceptable military determination of the situation by force, which is rejected.

He warned of relying on American and Israeli promises, stating that these are merely an illusion in the full sense of the word. He stressed that disappointment in the current situation should not prevent each and every one of the Palestinian people from deepening their belief in the justice of their cause and the inevitable victory of their revolution.