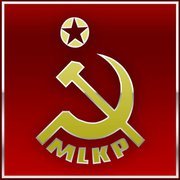 despite all aggression and massacres, imperialism has not managed to extinguish the resistance fire in the Middle East. The imperialist, zionist and fascist attacks and occupations could not end neither the struggle of the Palestinian people nor the resistance in Iraq or the struggle in Turkey and Northern Kurdistan. Despite all attacks, the working class’ and labourers’ growing longing for liberation remains inevitable. The attacks, which aim at destroying the working class’ and labourers’ hope for liberation and the imprisonment of revolutionaries and communists will not stop the struggle for national and social liberation.

Comrade Ahmad Saadat, general secretary of the Popular Front for the Liberation of Palestine (PFLP), has been imprisoned since 1st May 2002 and was kidnapped on 15 March 2006 together with 4 of his comrades from Jericho prison due to a brutal attack of Israel. He was taken to Israel to be sentenced by a military court. Israel, that devilishly continues with attacks and massacres on the Palestinian people and that is an aggressive servant of the imperialist USA in the region, can not sentence the Palestinian liberation fighters. Ahmad Saadat has devoted his life to the liberation struggle of the Palestinian people and is one of the revolutionary leaders of Palestine. By sentencing Ahmad Saadat, the Zionist state of Israel wants to sentence the struggle of the Palestinian nation, working class and labourers. However, it is Israel and its supporters that must be sentenced in fact and that will definitely render account for the attacks and massacres.

We appreciate the heroic resistance of the befriended revolutionary organisations and the Palestinian people against the Zionist barbarism and occupation and fight for the international support of these kinds of resistance.

Our party emphasizes once again to be in solidarity with the struggle of the Palestinian people, with the PFLP and its general secretary Ahmad Saadat as we have been until now. We wish comrade Ahmad Saadat all the best in his struggle.