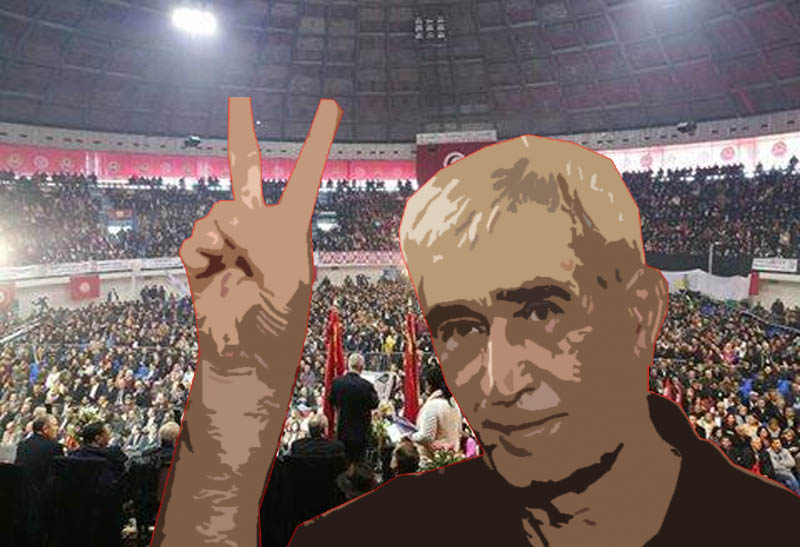 Sa’adat sent a message to the conference from his cell in Ramon prison on behalf of himself and his comrades in the Prison Branch of the Popular Front for the Liberation of Palestine. The text of the letter follows:

Sisters and brothers, comrades, members of the General Labour Union Confederation…I greet you as you embark on your democratic course, with your dedicated will, struggle and determination to achieve freedom, justice and equality.

As I send you this message, you are convening the conference of the General Union, as a landmark in the democratic framework of the union. The federation has always had a distinct national political weight throughout its history since its founding in 1946 and has given many sacrifices in struggle. Here we remember the martyr, the union General Secretary Farhat Hached and other martyrs, and we recall the role of the union in 1976, its program and strike in 1978, its support for the Bread Uprising in 1984, and its distinctive role in the recent uprising against injustice, oppression and tyranny, as it continues its national leading role to protect the Tunisian Arab democratic model experience.

Dear conferees, we highly appreciate the role that is played by the Union on the Tunisan level, and its prominent role on the Arab dimension. We salute its support for us as political prisoners, and its support for our struggle against the Zionist occupation as well as its active role in international support and solidarity with us, through events and activities that express clear awareness of this role and tasks of solidarity, reflecting its practice and values of democracy and justice.

Finally, we salute you and express our highest hopes that your conference will meet find all success, achievements and decisiveness necessary to continue the march of change in Tunisia. The struggle must continue until the completion of its tasks, the achievement of political and economic independence and the leadership of the working class and the toilers.

All of our salutes,