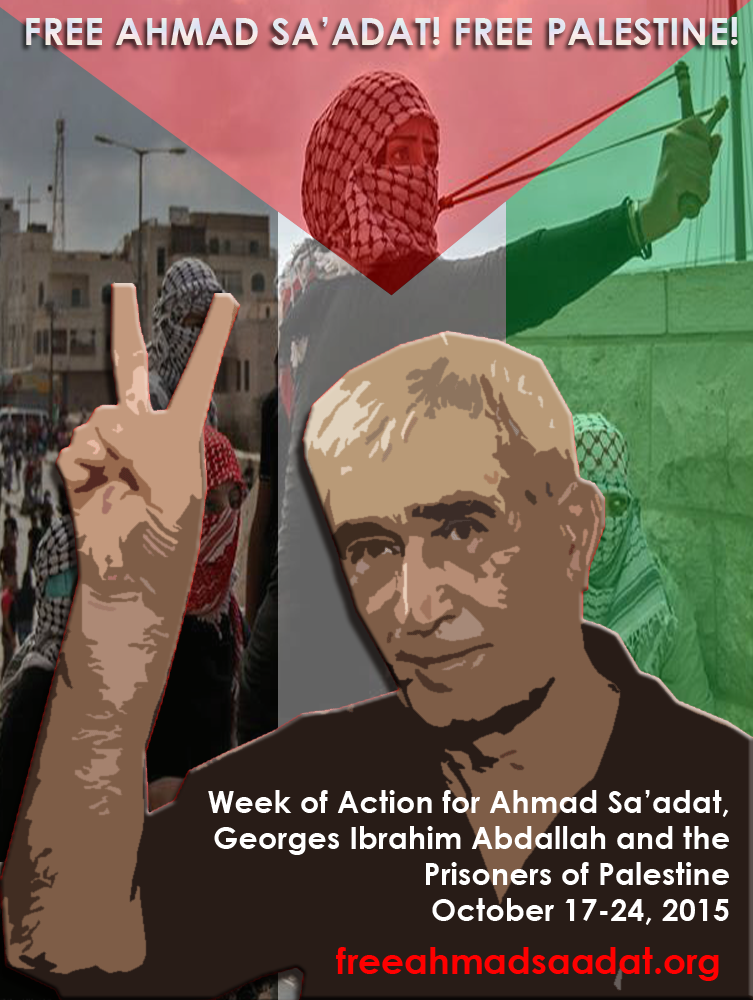 Today, in Palestine, the Palestinian people are rising up, marching, demanding justice and an end to the settlements, ethnic cleansing, and apartheid that has ravaged their land. The Zionist state is repressing Palestinians with massive brutality: shooting down Palestinian youths in murderous extrajudicial assassinations, rounding up demonstrators in mass arrests, closing Jerusalem’s Old City to Palestinians, attacking Al-Aqsa Mosque with invasions and burnings, and sending mobs of settler colonists to attack Palestinian villages. Hundreds of Palestinians have been wounded with US-made and funded tear gas and bullets in the past several days.

From inside the prison walls to the streets of Jerusalem, Nablus, Al-Khalil, Tulkarem, Nazareth, Palestinians are resisting. Zionist occupation forces are waging a campaign of terror, arrest and assassination as well as the demolition of the family homes of Palestinian resisters and martyrs, while the bodies of slain Palestinian youth are being held hostage by the Zionist state.

The Zionist state has announced its intention to intensify the use of administrative detention in an attempt to silence the Palestinian masses on the streets. Inside the prisons, Palestinian prisoners are daily stripped of their most basic natural and human rights, facing brutality and oppression.

Thousands of the leaders and resisters of the Palestinian people are held captive in Zionist jails. Ahmad Sa’adat – the General Secretary of the Popular Front for the Liberation of Palestine – is one of these Palestinian national leaders, alongside his comrades of resistance.

As Palestine and the Palestinian people are under attack, the imperialist and colonialist states: the United States, Canada, Australia and European governments – continue to arm, support and empower the Zionist project in Palestine and its attacks on the Palestinian people. We see this in the case of Rasmea Odeh, who will bring her appeal to a US court on October 14 after years of persecution. Georges Ibrahim Abdallah, Lebanese Arab communist struggler for the liberation of Palestine, has been imprisoned in French jails for 32 years, an anniversary marked on October 24 with an international day of action and a massive national march to the prison in Lannemezan, France where he is held.

On this week of action, we demand freedom for Ahmad Sa’adat, for Georges Ibrahim Abdallah, for all Palestinian prisoners and prisoners for Palestine! We stand with the Palestinian masses rising up throughout Palestine, and the Palestinian communities in diaspora and revolutionary and anti-imperialist movements around the world who are rising up for liberation!

It is also critical to build the boycott and international isolation of the Zionist state on all levels and the corporations that are deeply involved in sustaining its repression, in particular the British-Danish security company G4S, that provides control rooms and security systems for the prisons where Palestinian prisoners – children, adults, elders, leaders, organizers – are held. 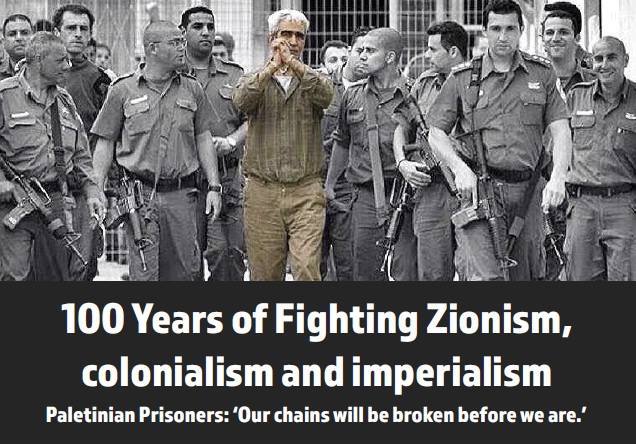 April 16 and 17, Manchester and London: Khaled Barakat speaks on Palestine, prisoners and revolution