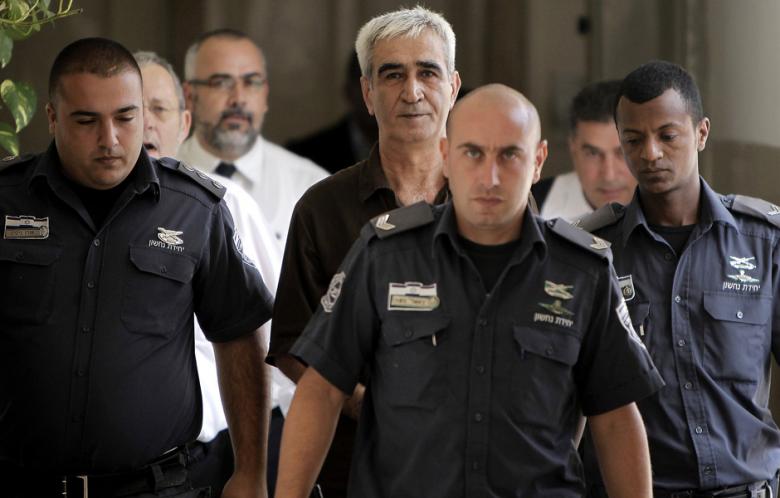 Statement from the Campaign to Free Ahmad Sa’adat

On January 15, 2002, the agencies of security coordination in Ramallah engaged in a national, political and moral crime of deception, planned behind closed doors in the joint security rooms. This came as an act of submission to the dictates of the occupation and behind that, the United States and Britain, and meant the abduction of the struggler and leader Ahmad Sa’adat, General Secretary of the Popular Front for the Liberation of Palestine by the Palestinian Authority security services. The Palestinian intelligence agency bears particular responsibility as does its commander at the time, Tawfiq Tirawi.

The Palestinian Authority and its security forces that committed this crime struck an intense and heavy blow to internal Palestinian relations, yet unfortunately until this moment there has been no learning from the lessons of this event. Instead, the security coordination with the occupation forces continued. It is this security coordination that provided the occupation forces with the opportunity to themselves abduct Sa’adat, his comrades, and the leader Fuad Shobaki from Jericho prison in their infamous 2006 raid.

We in the Campaign to Free Ahmad Sa’adat renew our commitment to hold the Palestinian Authority and its security agencies accountable for this crime, which brought a persistent shame upon these institutions. We will not rest until those responsible are held accountable for their crime against Sa’adat. We will not forget or forgive this crime, despite the passage of time.

The Campaign also urges continued and strengthened advocacy for the national leader Ahmad Sa’adat ad all of the prisoners in Israeli jails, through popular mobilizations and actions of solidarity throughout the cities and towns of occupied Palestine and around the world.

Solidarity with Ahmad Sa’adat and his comrades in Israeli prisons!
Freedom for all Palestinian prisoners!
Shame on the lackeys of the occupation!