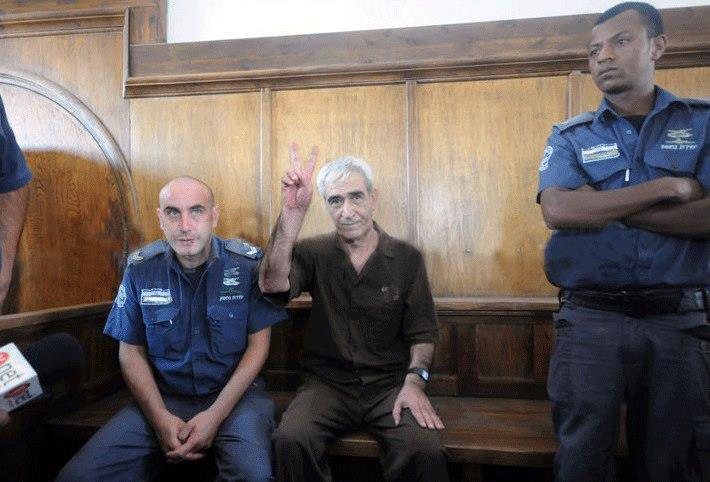 Ahmad Sa’adat, Palestinian political leader and General Secretary of the Popular Front for the Liberation of Palestine, was prohibited from family visits for three additional months in an order from an Israeli military court. The PFLP and Sa’adat’s family denounced the order on 27 December; the order came as a renewal of an initial order issued by an Israeli military court on 14 September, prohibiting family visits for three months. Sa’adat is now prohibited from receiving family visits until April 2015.

Sa’adat, held in Gilboa prison, is a prominent Palestinian political leader and head of the PFLP, the second largest Palestinian faction in the Palestine Liberation Organization. He was kidnapped from a Palestinian Authority prison in Jericho on 16 March 2006, where he had been held for four years under US and British guard, by an Israeli military attack. He was sentenced to 30 years in prison for political charges, including incitement, membership in a prohibited organization and holding a position in a prohibited organization, on 25 December 2008. He was held in solitary confinement for over three years, from March 2009 until May 2012, when he was released to general population with other Palestinian leaders whose isolation had sparked the Karameh Hunger Strike of thousands of political prisoners. The release of Sa’adat and others from isolation was part of the agreement that ended the strike.

It should be noted that this is not the first time Sa’adat’s family visits have been denied or prohibited. It is only his wife, Abla, and his oldest son, Ghassan, who hold Jerusalem ID status, that have ever been able to visit him in Israeli prisons. These visits were denied entirely during Sa’adat’s over three years in isolation, from March 2009 through May 2012. His and Abla’s three other children – who have West Bank IDs –  have never been granted permission to visit their father; these visits are denied under a “security” pretext.

Other Palestinian prisoners, such as Mona Qa’adan, have suffered a similar fate – Qa’adan has been imprisoned for over two years. Not only has her trial been postponed dozens of times, she has been denied all family visits since her imprisonment. She is not subject to a military order – but every one of her family members, like Sa’adat’s children, have been denied on a “security” pretext.

The denial of family visits to Palestinian prisoners is clearly an attempt to impose a new form of isolation upon them, to separate them from their families and communities. Further, it is a form of collective punishment against Palestinian families, mothers, fathers and children, who are being denied access to their loved ones. It is an attempt to break the indomitable will of Palestinian political prisoners and their families, the backbone and the core of the Palestinian liberation movement – an attempt that will certainly fail as all others have.