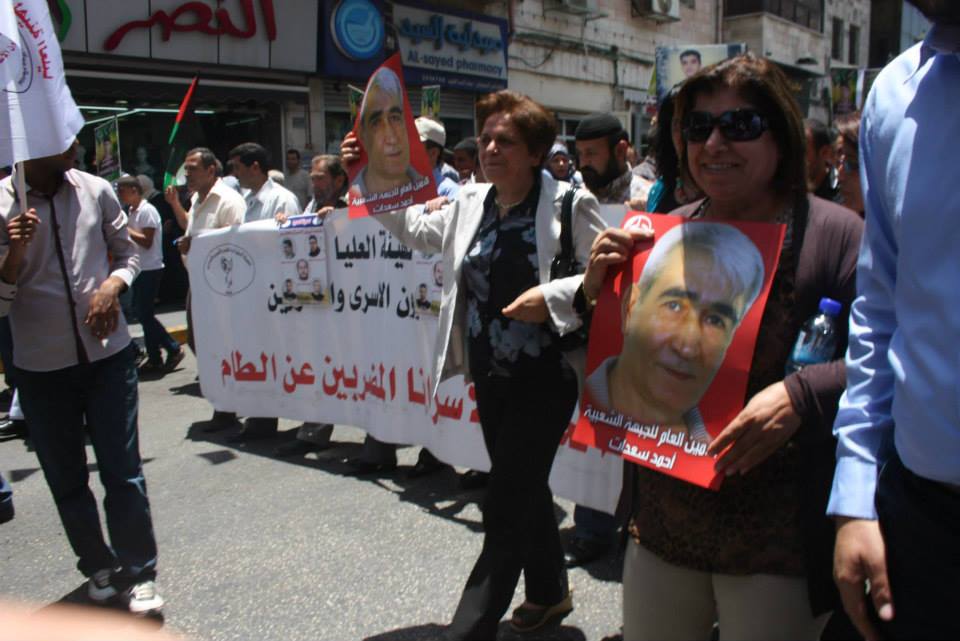 The following statement was issued by the Anti-Imperialist Committee of Catalunya in solidarity with the struggle of Palestinian prisoners:
Libertat per Ahmad Saadat

The Anti-Imperialist Committee of Catalunya demands the Zionist entity of “israel” to set free the General Secretary of the PFLP Ahmad Sa’adat. Ahmad Sa’adat represents an example of steadfastness and dignity in front of the occupier and he’s an example of revolutionary engagement in front of his people, the Palestinian and the Arab people.
The Zionist entity of Israel applies a systematic torture in its prison facilities, trying to bend and destroy the will of thousands of Palestinians in prison, from the youngest child to the eldest elderly.

The dignity of the Palestinian people can not be “imprisoned”.

Zionism is based on lies, in engagement, in robbery, murder, ethnic cleansing and apartheid, which can never prevail.

We demand immediate freedom for Ahmad Sa’adat!
Freedom for Palestinian prisoners and all prisoners!
End for the occupation! For a secular, democratic and progressive Palestine!