Home Abla Sa'adat Sa’adat: “I will not accept the price of my freedom to be...
Facebook
Twitter
Google+
WhatsApp
Print
Telegram
VK
Viber 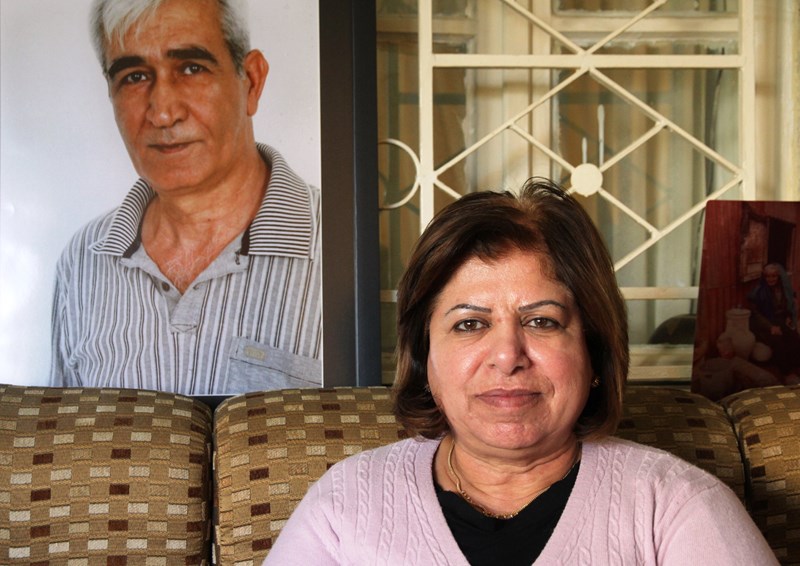 “I refuse to be released on the basis of a ‘condition for negotiations’ and I will not accept the price for my freedom to be several meters of the land of Palestine, the land that we have fought for and been imprisoned for. I refuse to be free on the condition of the expansion of settlements. I refuse this offer, not even a single house for Zionist settlers will be built as the price of my freedom.” – Ahmad Sa’adat, from Gilboa Prison 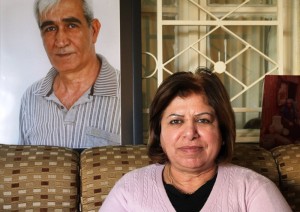 In an interview with the Palestinian Information Center, Abla Sa’adat (Um Ghassan), Palestinian women’s activist and the wife of imprisoned Palestinian leader Ahmad Sa’adat, recounted Sa’adat’s rejection of any release on the basis of concessions of Palestinian land and rights, expressed to her in their last visit at Gilboa Prison, where Ahmad Sa’adat is being held by the occupation.

This came following reports that the release of Sa’adat and Marwan Barghouti, other imprisoned Palestinian parliamentarians and sick prisoners could be offered in exchange for extended negotiations or political cncessions.

In relation to her husband’s position, Abla said, “I have known Ahmad before we married and I know his life, and therefore I know and live with the knowledge that it is possible to lose him, and that he will not change his position on this, and I support this position because it is the correct position.” She continued: “Many of her people were martyred for the sake of this land, and many have paid dearly over the years for the sake of the land of Palestine,, so this land cannot be sacrificed for years lived outside of prison.”

Abla Sa’adat condemned the ongoing campaigns of political arrests against various factions of the Palestinian resistance, demanding the Palestinian Authority to unite with the Palestinian people and to end the political arrests which only serve the interests of the Zionist occupation, especially as the detainees are often held in a “revolving door” between the Authority and the occupation, and their files are shared, and this is serving as the employment and assigment of the occupier. The occupier finds information readily at its hands. “The Sa’adat family suffered from political detention. My husband was arrested politically four times before his last arrest by the Authority, between the Oslo agreement and the year 2000.

Ahmad Sa’adat denounced the negotiations between the occupation state and the PA leadership, Um Ghassan said, noting that he has been against these negotiations altogether since before the Oslo agreement and ever since. “This is not just an individual position, it is a collective position of the Popular Front,” she said.

Regarding the impact of the years of detention upon their family, she noted that their children had been impacted by many years of imprisonment and living underground from the pursuit of occupation forces. During the years Sa’adat was held in the PA prison in Jericho, Abla said, “we had continuous contacts, he saw the children on an ongoing basis, but the last eight years were very difficult, including three years of solitary confinement where he saw none of us and received none of our communication except through his lawyer.” She said that this was one of the most difficult periods of his arrest, but that after he left isolation following the achievements of the Karameh hunger strike of 2012, he was only able to receive visits from Abla and their one son, Ghassan, due to them holding Jerusalemite identity and his other children have been denied visits repeatedly.

“It was very difficult to not have Abu Ghassan in our lives; there were many events where we really longed for his presence. For example, our children graduated from university without their father being with them…Ghassan and his sister Iba have both been married and their father could not attend their weddings,” she said.

“I believe that we and all of the families of the Palestinian prisoners are living in the same circumstances…we are not the only ones who are suffering and living from this experience.”

Ahmad Sa’adat had further messages from prison, Abla said: “The issue that grips him most in prison is the general situation of the Palestinian cause, especially the internal Palestinian division. He has always maintained in every message from inside prison that Palestinian unity is necessary to confront the Zionist occupier and the basis for the victory of the Palestinian people.”

He also urged the activation of campaigns to call for the victory of the prisoners, explaining the suffering of the prisoners, their cases, and making this cause an international issue, particularly highlighting the issues of sick prisoners and child prisoners, Um Ghassan said.

“Abu Ghassan always has hope in his heart,” she said. “Ahmad says, ‘People always rise to freedom and to revolution, and I am in prison to carry on the march of struggle outside the prison walls.'”

“Ahmad Sa’adat has engaged in constant struggle within the prison, organizing with other detainees and making them aware of struggle outside, strengthening the positions of prisoners inside. The occupation is aware of this issue and he has been transferred repeatedly to different prisons,” she said.

The released prisoners from all Palestinian factions consistently discuss the role of prisoners in the national struggle, in addition to the forms of struggle inside the prison, she said. She noted that on a personal level that “Even at the level of health, the prisoners struggle to maintain their health so as to not go to the clinic of the Zionist enemy.”

At the end of the interview, Sa’adat called for the Palestinian people and their allies everywhere to not be silent about what is happening; the reality is that the occupation is still on the ground and increasing its attacks. “We must return to resistance, as it is the only option to restore our dignity, our freedom, our prisoners and our land,” she said.