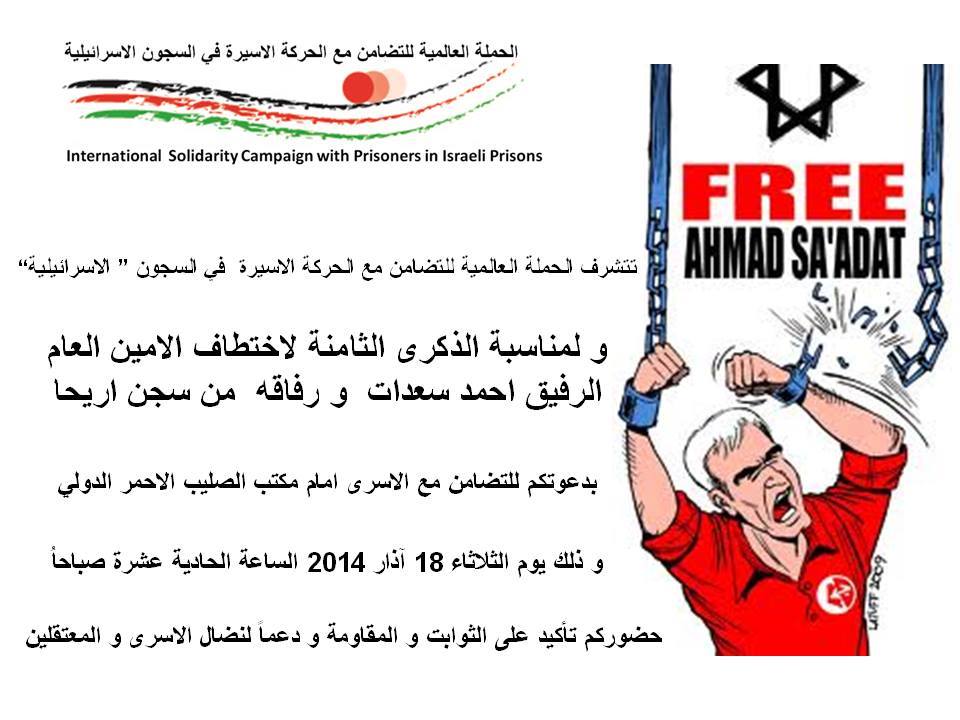 The International Campaign of Solidarity with the Palestinian Prisoners’ Movement in  Lebanon is organizing a protest calling for the freedom of Palestinian prisoners on Tuesday, March 18 at 11  am, in front of the office of the International Committee of the Red Cross in Lebanon.

This event is being organized to mark the eighth anniversary of the abduction of  the General Secretary of the Popular Front for the Liberation of  Palestine, Ahmad Sa’adat and his comrades by the Zionist military on March 14-15, 2006.