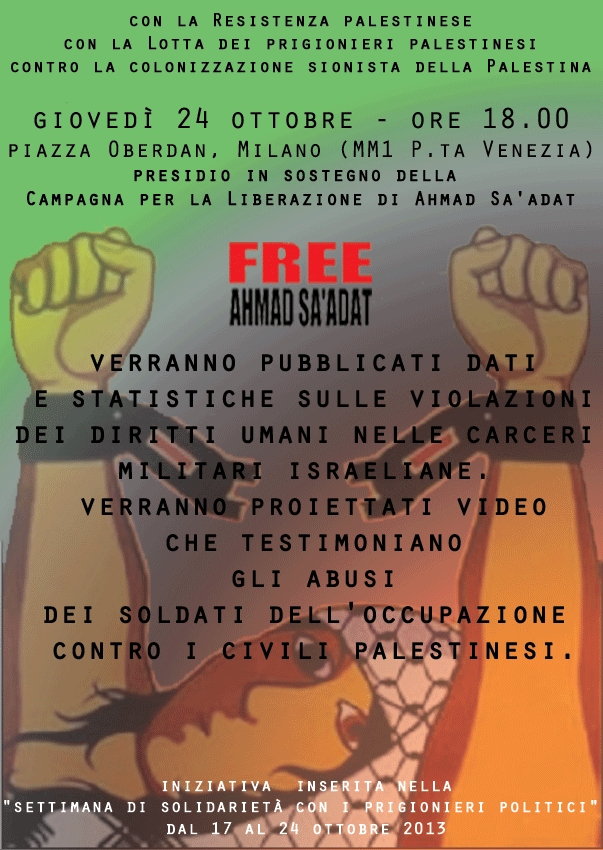 On October 24, 2013, Palestina Rossa and the Palestine Solidarity Network – Milan held a sit-in in Piazza Oberdan (Oberdan Square) in Milan.

Speakers denounced occupation policies in occupied Palestine, including the harsh conditions in the occupation prisons. Participants carried Palestinian flags and flags of the Popular Front for the Liberation of Palestine, and decided to repeat this event in other public squares and cities.

The next event will be held on Saturday in Turin, to organize for the 30th November demonstration in solidarity with the Palestinian resistance.