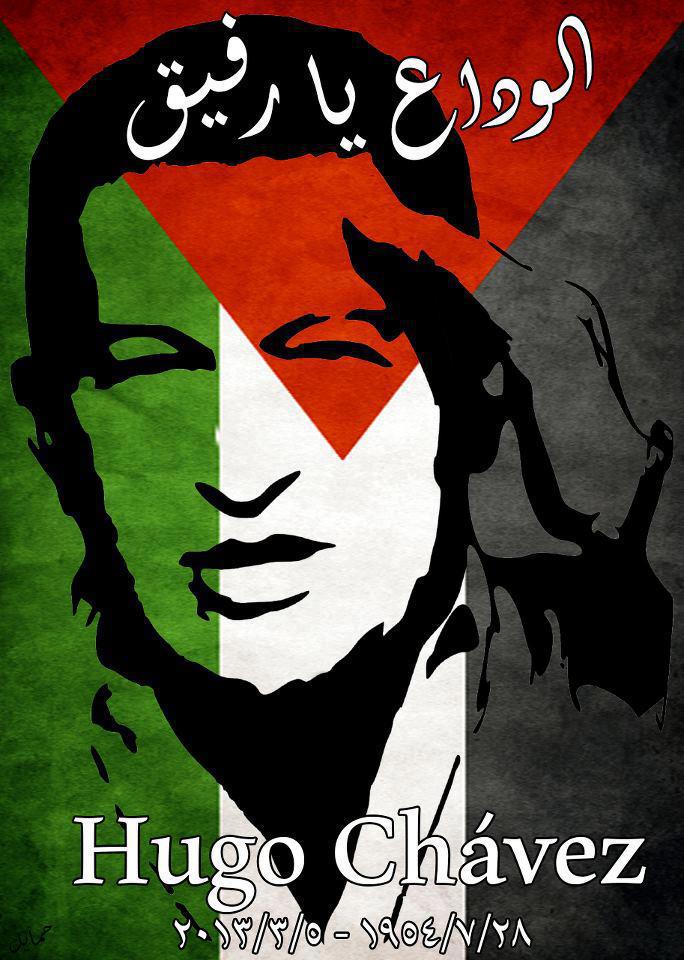 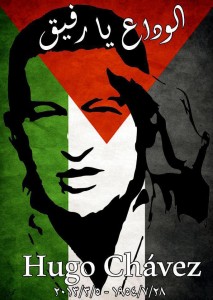 Imprisoned Palestinian leader Ahmad Sa’adat, the and General Secretary of the Popular Front for the Liberation of Palestine, expressed his deepest condolences for the loss of international leader Hugo Chavez, president of the Bolivarian Republic of Venezuela, inheritor of the struggle of the Venezuelan people and Latin American leader Simon Bolivar and a leader of the progressive liberation struggle in Latin America and globally.

In a telegram of condolence sent to Nicolas Maduro, Vice President of the Bolivarian Republic of Venezuela and comrades in the leadership of the PSUV (Socialist Unity Party of Venezuela), Sa’adat said that the loss of President Chavez is the loss of a friend of the people of Palestine and the Arab people, and that this is a day of mourning for the Palestinian people who will never forget Chavez’ stand with our people against the aggression and tyranny of the occupation and its crimes, and Chavez’ and the Latin American people’s stand with the just struggle of the Palestinian people for freedom, return, self-determination and our independent state with Jerusalem as its capital.

Ahmad Sa’adat is a Palestinian national leader currently serving a 30-year sentence in Israeli occupation prisons, after he and his comrades were kidnapped in an Israeli attack on the Palestinian Authority’s Jericho prison in 2006, where he and his comrades had been held under US and British guards since 2002. Sa’adat was held in isolation for over three years, from 2009-2012, and his isolation, alongside the isolation of other targeted prisoners, played a major role in sparking the September-October 2011, and then the April-May 2012, hunger strikes. He was finally removed from isolation following the prisoners’ achievements of the 2012 hunger strike.