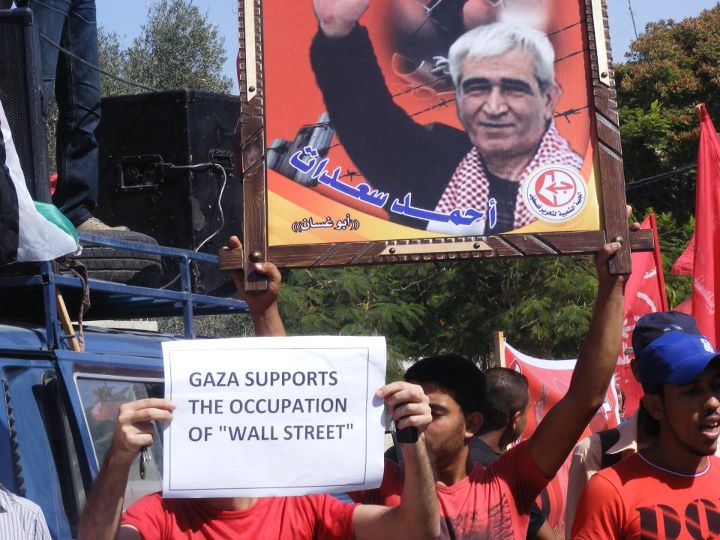 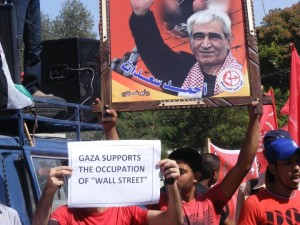 The health of Ahmad Sa’adat, General Secretary of the Popular Front for the Liberation of Palestine and Palestinian national leader who has been in isolation for two and one-half years and the center of the demand for an end to isolation, is increasingly at risk. Two lawyers visited Sa’adat on October 7 and October 9, and reported that he was fainting and vomiting – a direct consequence of the Israeli Prison Service’s confiscation of salt from prisoners. He has already lost over 7 kilos on the hunger strike. Nevertheless, no independent doctors or medical professionals have been permitted to examine Sa’adat.

Despite his own health crisis, when asked about the duration of the strike, Sa’adat responded: “We are going to continue. We will not accept these degrading conditions. Either we live in dignity or we die with our heads high.”

As of October 9, 300 prisoners were participating in a complete open ended hunger strike and 3000 in a partial hunger strike. Additional prisoners have been joining the strike on a daily basis – on October 10 and 11, over 1500 prisoners at Nafha, Ramon, Eshel, Asqelan, and Gilboa prisons have joined in.

Negotiations to end the strike failed on Monday as Israeli prison authorities continue to disregard Palestinian prisoners’ rights. Prisoners have been repeatedly denied lawyers’ visits in several prisons. Prisoners have been increasingly denied salt or their salt confiscated – a potentially deadly action for Sa’adat and other hunger strikers.

Abdel Latif Gheith, Chair of the Board of Directors of Addameer Prisoner Support and Human Rights Association, was today slammed with a six-month ban on entry into the West Bank (as defined by Israel.) Gheith is a resident of East Jerusalem and was called to al-Moskobiyeh interrogation center in Jerusalem to order him arbitrarily forbidden from entering the West Bank, a severe violation of his right to freedom of movement and obvious retaliation for his work in support of the prisoners’ hunger strike.