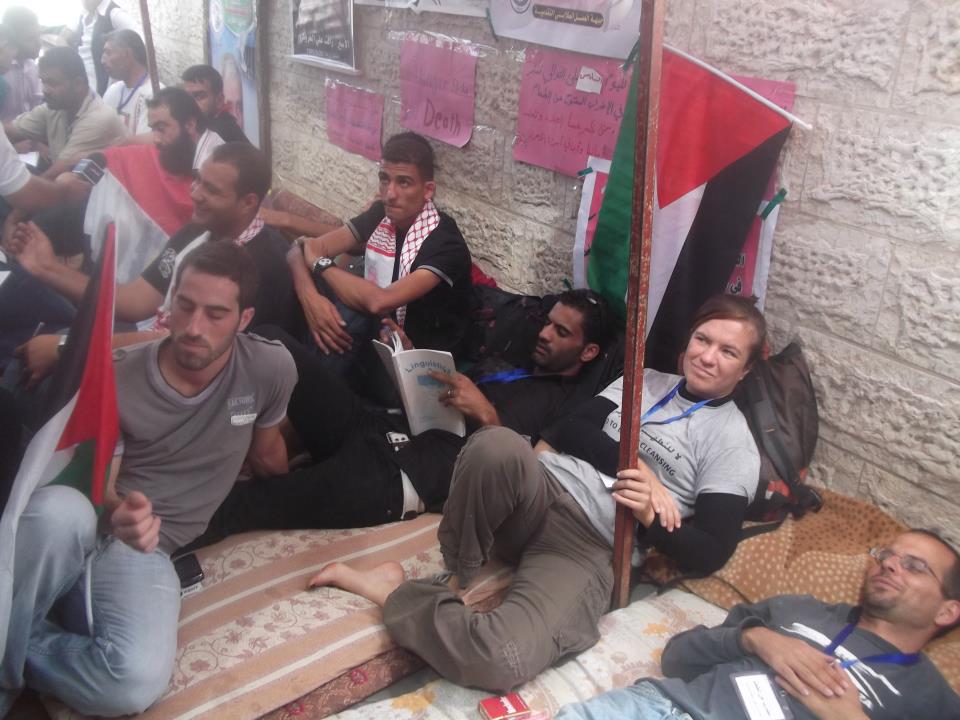 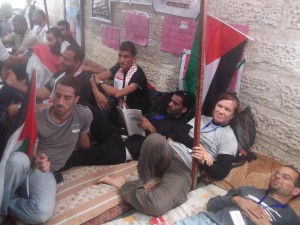 Three international activists residing in Gaza have entered their fifth day of an open-ended hunger strike and protest encampment in front of the ICRC.

Vera Macht, Germany, stated: “The situation of Palestinian prisoners is truly heartbreaking. Parents are separated from their children, and wives from their husbands, for years, without so much as a letter or video.” [I removed the “said Vera Macht” part, since you didn’t use it for the others and it’s really unnecessary]

Silvia Todeschini, Italy, stated: “They have been on strike for over two weeks with very basic demands. We will strike with them, and hope that this will help to stop the world’s silence about their situation.”

Joe Catron, United States, stated: “Palestinian prisoners are bravely resisting a system that seeks to crush them, their families, their communities, and their national life. Their struggle deserves our full support.”

An open-ended hunger strike was announced by Palestinian prisoners on 27 September. The prisoners are demanding better conditions, an end to isolation and degradation by Israeli prison guards, and for a change in the policy that denies many prisoners the right to have visitors. Additionally, many prisoners are calling for the release of Ahmad Sa’adat, a political prisoner and former General Secretary of the Popular Front for the Liberation of Palestine. Palestinian officials estimate that 2,000 prisoners have joined the hunger strike.

In Gaza, hundreds have been gathering in front of the International Committee of the Red Cross (ICRC) on a daily basis to demonstrate for prisoner rights. Protesters have maintained a permanent encampment in and around the ICRC courtyard since Sunday, 2 October.